Muppets Book Requested to be Banned! Here's Why 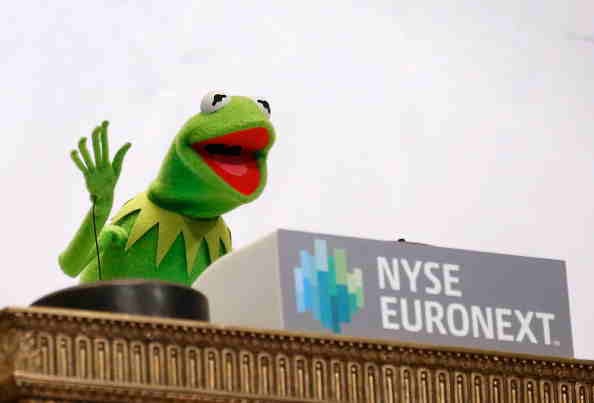 A school board member in Wisconsin is working on having a Muppet book pulled out from the shelves of the Marshfield School libraries. Mary Carney believes that the content of "For Every Child a Better World" by Jim Henson is not suitable for the kindergarten pupils in which the book is intended to.

As per Galley Cat, the book sees Kermit the Frog show that some kids aren't as lucky as others. Some are not even sheltered under a roof or do not have access to water and medical care. Marshfield News Herald shared that Carney argues that some of majority of the illustrations in the book showing children suffering violence elicit trauma.

"I just have concerns that it's too graphic, even though these are Muppets characters," Carney said. "Unfortunately in this world there is a lot of war and strife and poverty; I understand that. I just don't know how appropriate that is to be teaching that to 5-year-olds," the Wisconsin school board member added.

Carney battles for the removal of "For Every Child a Better World" from the kindergarten social studies curriculum of the school, which will be in effect early next year so the school can start fresh. More than that, she wishes to see the curriculum give more autonomy to teachers as well as give attention to American exceptionalism.

Meanwhile, School Board Vice President Amber Leifheit does not share the same opinion with Carney, who she said was the only individual to complain about the book. Leifheit also said she does not see any reason to get rid of Henson's children's book.

"Looking at it, I do not have concerns. I believe it shows compassion for people other than yourself. I think that's a good thing," Leifheit said of "For Every Child a Better World." The School Board recently gathered together to consider Carney's request and determine Henson's book, which he created in collaboration with United Nations.

In a newer report by Marshfield News Herald, the panel, which included teachers, district staff and community members, decided to keep "For Every Child is a Better World" in the kindergarten curriculum of the school. They believe that the illustrations in the book, such as one where a child stayed inside a box while it rained, all nonetheless encourage learning, albeit sensitive.

Needless to say, Carney is not happy with what the School Board has decided to do about her concern. "I'm disappointed in the outcome," she stated.