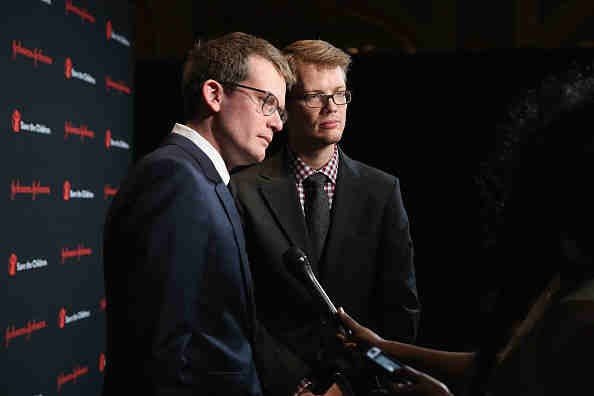 In their continued attempt to "decrease the overall level of world suck," author John Green and his brother Hank (collectively known as the Vlogbrothers) has launched Project for Awesome or P4A, an annual charity event held on YouTube.

The community-driven affair is being held during the second Friday and Saturday of December. For this year, it started today Dec. 11 and wraps up tomorrow, Dec. 12. Between those dates, the Green brothers will raise funds for various charities.

In order to do so, "The Fault in our Stars" author and his brother are encouraging everyone from every region of the planet to post videos about a charity they would like to support. These videos will be shared around and promoted by the community.

At the moment, the project has raised more than $276,000. Via Indiegogo, the Green brothers and the community are also on a roll, with the donation almost ready to cross the $70,000 barrier. This amount is already included in the abovementioned total.

Project for Awesome is a project by Foundation to Decrease World Suck. It was started back in 2007. Participants can vote for their favorite videos and these votes will determine which charities will get to receive the funding.

It is important to note though that the funds raised today will automatically be given to Save the Children and the Office of the United Nations High Commissioner for Refugees. The rest (starting noon EST Dec.12) will be divided among the charities handpicked personally by the community.

However, as per Bustle, P4A has this warning : "[The chosen organizations are], however, subject to the approval of the board of directors of the Foundation to Decrease World Suck, partly because the law is complex and partly to prevent a trolling group from coming in and hijacking the vote."

As for the fundraising portion of the project, those who want to donate will have "an amazing selection of perks for you to choose from." For their donation, they get cool stuff like digital downloads, signed art, the event's official annual calendar and even items from popular YouTube creators.

During the course of the entire event, "things get wacky" as John and Hank do an uninterrupted 48-hour livestream where they will show some of the videos, announce new perks, have special guest stars come over and apparently, "look at dollar bills under microscopes... or something like that."

This livestream ends 11:59am EST on Dec. 13 although the actual Indiegogo campaign won't wrap up until midnight of Dec. 15, so the "Looking for Alaska" author wants those donations coming in. Check out all about Project for Awesome here.