Mark Twain's 'The Adventures of Huckleberry Finn' Ditched by US School! Here's Why 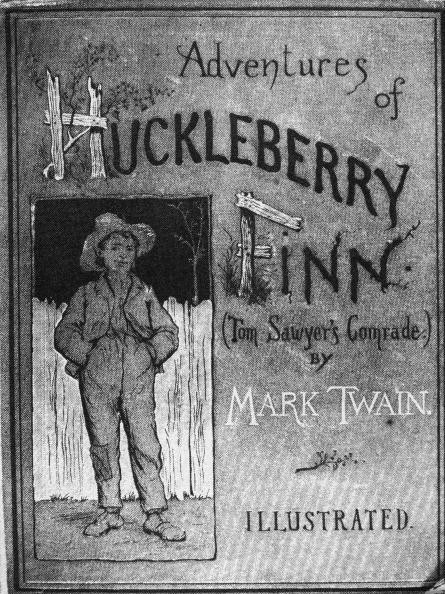 Cover of the book 'Adventures of Huckleberry Finn (Tom Sawyer's Comrade)' by Mark Twain (Samuel Clemens), 1884. The illustration, by E. M. Kimble, shows a young boy who stands in front of a picket fence while wearing a straw hat.
(Photo : Hulton Archive/Getty Images)

Upholding its Quaker roots that encourage "peaceful resolution of conflicts, seeking truth and collaboration," Friends' Central School in Philadelphia decided to drop Mark Twain's classic novel "The Adventures of Huckleberry Finn" from its American literature curriculum primarily for its language.

As per Bustle, the prohibition of the book was requested personally by the students, who felt uncomfortable by the copious use of the N-word, which appeared more than 200 times in the book. This, in turn, put them under the impression that the school is not being inclusive.

"We have all come to the conclusion that the community costs of reading this book in 11th grade outweigh the literary benefits," Friends' Central School principal Art Hall said in a letter to parents as quoted by Philadelphia Inquirer.

The verdict was finalized following a forum participated in by the students, faculty and the administration board of the school. "I'm very proud of the process that our community engaged in to make the decision," Hall stated.

The plucking out of "The Adventures of Huckleberry Finn" from the curriculum comes as a little surprise. According to American Library Association, Twain's landmark work is one of the most challenged books of all time. It was no. 5 during the 1990s and no. 14 in the 2000s.

According to The Guardian, the book was first banned in 1885 in Concord, Massachusetts and was deemed "trash and suitable only for the slums."

Nonetheless, this did not stop ALA's Office for Intellectual Freedom deputy director Deborah Caldwell-Stone from slamming Friends' Central School's action. She remarked that what the school did was purely censorship, knowing that "there is something to be learned from this [banned] work."

Hall, on the other hand, defended the school's decision, saying, "I do not believe that we're censoring. I really do believe that this is an opportunity for the school to step forward and listen to the students."

Published in 1885, "The Adventures of Huckleberry Finn," which is considered one of the most important pieces of literature, follows the story of Huck, who ran away from home to stay away from his sadistic father. He eventually met and befriended a runaway slave named Jim.

As for the frequent prohibition of the book, Banned Books Week coordinator Antonio Aiello stated that concerns like this won't go away. "It will always be an issue because it touches on a very sensitive nerve, which is America's history of racism," he stated.

While it will no longer teach it to 11th graders, Friends' Central School is keeping "The Adventures of Huckleberry Finn" in its library.