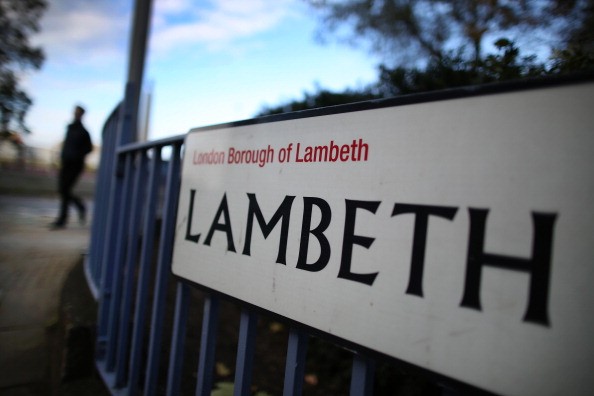 :LONDON, ENGLAND - NOVEMBER 22: A man walks near a road sign in Lambeth on November 22, 2013 in London, England. British police have reported that three women who have allegedly been held for 30 years as slaves in a house in the Lambeth area of south London have been freed. A couple, both aged 67, who were detained yesterday have been freed on bail.
(Photo : Peter Macdiarmid/Getty Images)

The Guardian has word that librarians are coming together in front of the offices of the culture secretary to take a stand against the British government's decision to close down public libraries all over the country. More than 100 library services were shut down last year and more are set to face the axe.

The Chartered Institute of Library and Information Professionals (CILIP) believes that this is the violation of the 1964 Public Libraries and Museums Act, which states that the public has the right to library services, which the pronouncement directly violates.

"We've had enough. We've marked our line in the sand here. The government is behaving as if it doesn't have a duty of care and they do, under the law. We think it's time to be clear about what that means," CILIP chief executive Nick Poole said.

According to The Bookseller, CILIP is calling out the government for blatantly disregarding the constitutional nature of the library services. The curious thing is that the Chartered Institute of Public Finance and Accountancy (CIPFA) has data that public libraries received 265 million visits in the financial year to 2015.

Librarians are now campaigning for the Department for Culture, Media & Sport (DCMS) to recognize and respect the public's rights to libraries, which Poole emphasizes, are not a luxury. Statutory guidance for local authorities on their DCMS duties is also being called for.

"Their provision is not discretionary - local councils have a statutory duty. For millions of people every year library services are a lifeline. That is why the statutory right to a quality library service was established under the 1964 Public Libraries and Museums Act," Poole explained.

"Through My Library By Right we will hold the government to account for these legal duties, including working with the secretary of state to provide a clear and meaningful statement of the characteristics of a 'comprehensive and efficient' service for local authorities to follow," he added.

A total of 16 libraries are set to be shut down in Fife while the Lancashire council will soon lose half of its library services - from 74 to 34. CILIP, on the other hand, is not letting the government touch any of these institutions and is requesting for proper negotiations and legal compliance.

Poole and CILIP expects to define statutory guidance by the end of the discussions and ensures that it will be implemented with the assistance of local authorities, who seem to be not involved in any way regarding the government's library shutdowns. The organization believes that library services are not to be plucked out from the country but to be improved and this is what it will fight for during their protests and negotiations with the DCMS.