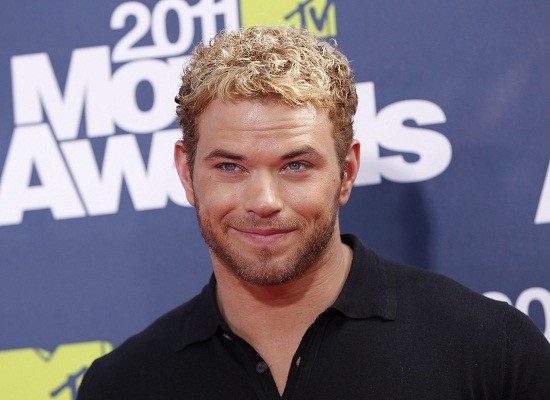 Kellan Lutz: Is he the perfect Elliot Grey?
(Photo : Reuters)

Fans constantly throw out their favorite stars' names to play favorite characters in the upcoming "Fifty Shades of Grey" movie.

While many focus on who will play the key roles of Christian Grey and Anastasia Steele, other characters are important as well like Elliot Grey, Christian's brother.

Elliot is Christian's less serious, playful adopted older brother. He's more lenient when it comes to Ana, and he jokes with her sometimes. He makes jokes with his brother Christian and kind of takes him out of his element. He is also [SPOILER] the owner of Grey construction. He is described as tall, wide-shouldered with curly-blonde hair and light eyes. He begins a relationship with Ana's best friend, Kate Kavanagh.

Of course, fans of "Twilight" automatically see that Elliot's character is very closely resembled to the character of Emmett Cullen in "The Twilight Saga," Edward Cullen's older, stronger brother who has more of a sense of humor than Edward and jokes with Bella more than Edward does.

So, it's only natural that no other than Emmett actor Kellan Lutz could play the part of Elliot Grey.

According to a "Fifty Shades" Tumblr, fans cast the 27-year-old actor as Elliot Grey or Ethan Kavanagh, Kate's brother.

People magazine, on the other hand, had Lutz as Christian Grey, though many believe Lutz would be better playing Elliot.

Lutz has some competition though. Many fans are dying for actor Ryan Reynolds to play the much covered role of Elliot, and Blake Lively as Kate.

Recently added to the list to play Elliot was "The Hunger Games" star Liam Hemsworth, according to FiftyShadesFilm.

What do you think? Should Kellan Lutz play Elliot Grey? Sound off below!