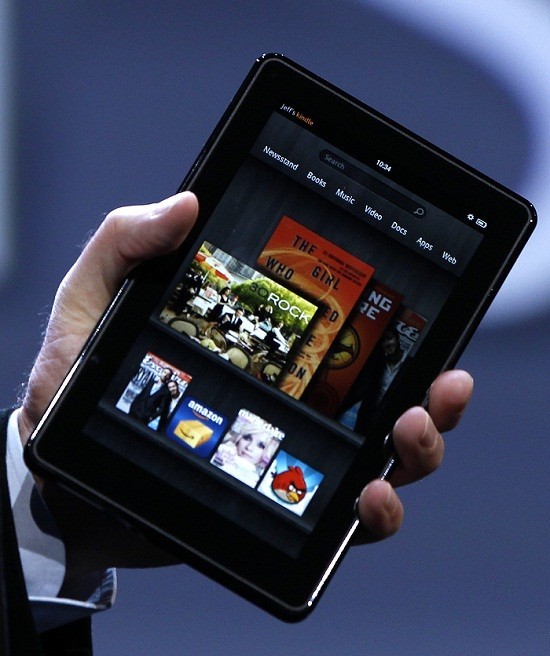 "In the meantime, any Android developer with a focus on tablets should be distributing their apps in the Amazon App Store," said Localytics, which analyzed data from over 500 million unique devices during its research.

"The degree to which Amazon has dominated their most serious geographical market should speak to the future potential, and since Google Play is unavailable on the Kindle Fire family, adding Amazon's App Store as a distribution channel is important."

Barnes and Noble's Nook tablets came in second and account for 10 percent of the U.S. android tablet market. Samsung's Galaxy followed a close third with a 9 percent hold on the market.  Google's Nexus 7 also made it on the list and was placed fourth with an 8 percent share.