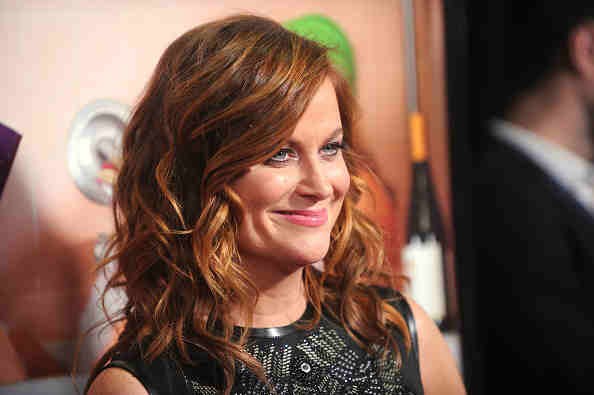 The nominees are in for the 58th Annual Grammy Awards and, this year, five audiobooks caught the attention of the biggest and most prestigious music-centric accolade for the Best Spoken Word Album category.

The contender getting the loudest buzz at the moment is comedian Amy Poehler's New York Times bestselling memoir, "Yes Please," which was released October last year. Here, the "Saturday Night Live" star shared lots of funny personal tales on love, sex and parenthood while chipping pieces of advice, "some useful, some not so much" as warned in the book's description.

The great thing about the memoir is that she had different people close to her narrating the stories. As per Galley Cat, Poehler enlisted big names like Sir Patrick Stewart, Carol Burnett, Seth Meyers, Mike Schur and Kathleen Turner to help her recount her colourful years. The comedienne's parents were also included.

"Yes Please" is up against celebrated television talk show host Dick Cavett, whose book "Brief Encounters: Conversations, Magic Moments, And Assorted Hijinks" is also nominated. The book sees the "My Dog Is a Plumber" hitmaker recount and narrate his chats and interviews with Hollywood legends and individuals from all walks of life.

"The Tonight Show" host Jimmy Fallon took part in the book by writing a foreword, where he called Cavett "a legend and an inspiration." In the book, Cavett relive the days where he chatted with Apple founder Steve Jobs, renowned musician and The Beatles member John Lennon, legendary boxer Muhammad Ali and many others.

Making the Best Spoken Word Album of the 58th Annual Grammy Awards a star-studded, legend-packed category is none other than Jimmy Carter, the former president of the United States for "A Full Life." The book was published in celebration of the Nobel Peace Prize winner's 90th birthday. It is packed with stories about the multi-hyphenates' successes and failures and ups and downs in the field of politics, inside his household and on his career path.

The 58th Annual Grammy Awards may also end up awarding the Best Spoken Word Album award to Isabel Miller for "Patience and Sarah." Originally self-published  by the author back in 1969, the classic lesbian novel follows educated painter Patience White and farmer's daughter Sarah Dowling, whose relationship is plagued with struggles and disdaining neighbors. Janis Ian, a Grammy Award-winning narrator and Tony Award-winning actress Jean Smart are teaming up to breathe life to the characters and the inspiring tale of romance.

Last but definitely not the least is the thriller novel "Blood on Snow." In this book, Jo Nesbo tells the story of a fixer's "lonely" life that suddenly got brighter and unfortunately more complicated when he falls in love with the girl he was tasked to kill. Legendary musician and visual artist Patti Smith's voice narrates the whole story.

The winner for the Best Spoken Word Album award will be revealed when 58th Annual Grammy Awards airs on Feb. 15, 2016 on CBS.