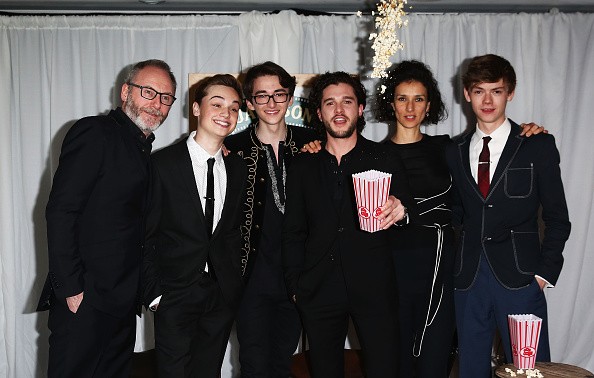 Season 5 of "Game of Thrones" will be making its way to television sometime soon but the first four episodes have been leaked prior to official release and avid viewers had different impressions on them. Being a fanboy, book purist, or wait-and-see type of person will make or break how you will perceive the new season.

According to Forbes, fanboys will not have problems with the new season. Regardless of what new content is added to the series, they will defend it to the death that it was for the better. They will also defend the author for whatever he chooses to do with the characters.

On the other hand, season 5 will not be friendly to book purists, people who are too revolved around the books and can get quite angry when there is a clear deviation from it.

On the neutral side, the wait-and-see type of people will challenge what is new and generate intelligible criticisms.

The HBO series has been found to slowly deviate from the books and the trend is said to only "worsen" in season 5, Vox reported. This is due to a series of reasons, but mostly because books four and five are no longer conducive for translation to TV.

From books one to three, the great content, the perfect pacing, and the ideas were all representable on television. On the other hand, books four and five have become too concentrated with sub-plots that revolved around certain characters, so much so that a lot of new characters will be introduced, deviation from the main idea of the series might result, and key characters may not be seen in consecutive episodes.

For the showrunners therefore, changes are needed to preserve the main story behind the already established series, without compromising what the author wanted to impart in his books, a Business Insider reporter wrote.

In the first four episodes of season 5, a lot of changes were shown, including a change in the direction of several major narrative threads. First, Tyrion will not have Aegon as his companion but instead, Varys. Second, there will be no lady Stoneheart. Third, Mance has no child. These are just some of obvious changes, among others.

In the end, season 5 will still be worth the watch considering the endless possibilities that could happen. Despite the changes, it will still reach a point that will coincide with situations stated in the book.

Nevertheless, make sure to keep your standards low if you are a book purist especially since no film or TV adaptation has retained every single detail found in their respective book.