'Game of Thrones' Book 6 'Winds of Winter' Release Date Update: Chart Shows the Differences Between the Books & the TV Series 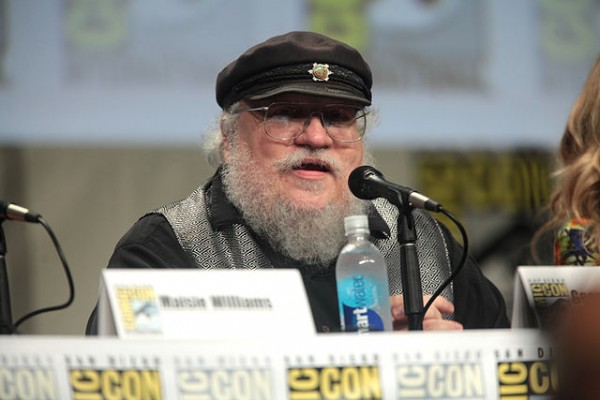 With HBO's "Game of Thrones" series getting farther away from George RR Martin's novels, Joeltronics came out with the ultimate guide that shows which episode corresponds to a specific part in the book series and other differences that's sure to get every GoT fan excited, Gizmodo reports.

In a Reddit thread, Joeltronics' Joel Geddert explains that the comprehensive chart features all the seasons and the books in the series and contain information about which parts of the books were featured in the show, such as conversations, introduction of characters, and even events that did not happen within the pages of the books.

The chart can also be customized to be free of spoilers and can show chapter titles from books one through five. Some details about the upcoming book, "The Winds of Winter," based on the events and other details that happened so far in the series, can also be seen in the chart.

Joeltronics also clarifies that because  "A Feast for Crows" and "A Dance with Dragons" happened around the same time, the chart also features a chronological order of events.

The chart creator adds that majority of the data were entered by hand, and other GoT fans can point out mistakes in the chart if they have seen one. Most of the information the chart used come from Westeros' Book to Screen analysis.

Meanwhile, fans of the book might still have to wait further for the release of the sixth book in the "Game of Thrones" series, "The Winds of Winter". In a report by The Guardian, George RR Martin's editor, Harper Collin's Jane Johnson, confirmed that the follow up to book #5 "A Dance with Dragons" will not be released this year. Johnson cited the increasingly complex story plot as one of the reasons why the next book is taking longer than expected.

However, in an interview with Entertainment Weekly, the "Game of Thrones" author said that he is determined to finish book #6 before the premiere of the sixth season of the HBO series in 2016. Furthermore, the author revealed that a plot twist that will definitely shock fans could be included in the much-awaited book.

"This is going to drive your readers crazy. But I love it. I'm still weighing whether to go that direction or not. It's a great twist," Martin said.

It looks like eager GoT fans might have to settle for an excerpt released earlier last month in the author's official website while waiting for the entire novel to finally hit bookshelves, hopefully next year.