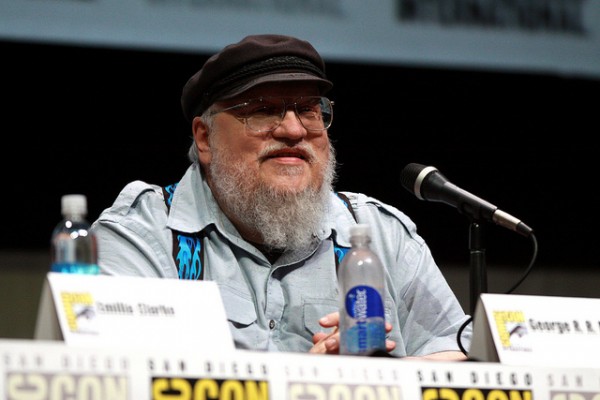 HBO's "Game of Thrones" continues to draw flak from fans of George RR Martin's books which the TV series is based on, especially after the latest episode aired this week, according to The Hollywood Reporter. Fans are beginning to worry that the show will spoil the ending of the books since the sixth book, "The Winds of Winter," is not expected to be released anytime soon.

In the sixth episode of the current season, Sansa (Sophie Turner) was forced to marry the brutal and sadistic Ramsay (Iwan Rheon). In the recent episode's most controversial scene, Ramsay forced Sansa to consummate their marriage. In the book, Ramsay ends up marrying a girl who is posing as Arya, Sansa's sister. Many of the book's fans are disappointed over the plot twist especially since it happened to a well-loved character such as Sansa.

Meanwhile, author George RR Martin does not seem to be bothered by the changes that happened so far in the season. On the onset of fan emails and messages that the author have been receiving over the much-talked about Sansa plot twist, Martin finally addressed the issue through a blog post in his LiveJournal account.

The author defended the bold choices that showrunners David Benioff and Dan Weiss made, saying that they are "trying to make the best television series that they can." The author also addressed the differences between the books and the TV series as these two are merely "two different tellings of the same story."

"There have been differences between the novels and the television show since the first episode of season one. And for just as long, I have been talking about the butterfly effect. Small changes lead to larger changes lead to huge changes. HBO is more than forty hours into the impossible and demanding task of adapting my lengthy (extremely) and complex (exceedingly) novels, with their layers of plots and subplots, their twists and contradictions and unreliable narrators, viewpoint shifts and ambiguities, and a cast of characters in the hundreds," the author wrote in his blog post. Martin even cited other book-to-TV adaptations that successfully progressed differently such as "The Walking Dead" and "True Blood" which were based on the Sookie Stackhouse novels.

Martin, who is a co-executive producer of the TV series, further added that the books and the series are two different mediums that have "different strengths, different weaknesses, different requirements." The author simply hopes that the followers of his immensely popular franchise will "both enjoy the journey. Or journeys."