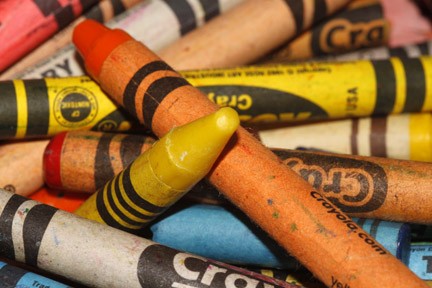 George R.R. Martin may not release "The Winds of Winter" anytime soon, but fans may want to destress with a "Game of Thrones" official coloring book out this autumn, The Guardian reports. The creator of "A Song of Fire and Ice," in which the immensely popular HBO series was based on, is reportedly overseeing the coloring book project.

The upcoming coloring book should not be confused with the upcoming unofficial coloring book based on the popular series to be released in spring, which lets the users "connect the dots to give Jaime Lannister his severed hand back; color Daenerys' baby dragons; lead Tyrion through a maze to get to a brothel, and much more," and will contain 52 pages of "coloring goodness." There is no indication as to the specific contents of the official Martin-approved coloring book.  But with the way things are going in the current season of "Game of Thrones", users of the coloring book may want to stock up on their red and orange crayons.

The adult coloring book market is becoming the next big thing in publishing, after Scottish artist Johanna Basford published her coloring book "Secret Garden" and "Enchanted Forest" which had sold more than a million copies worldwide. For Basford, coloring books "is really relaxing" and can lend adults a way "to unplug" from the complexities of day-to-day life, The Guardian reported last April.

It seems that experts agree with Basford. According to psychologist Gloria Martinez Ayala, coloring can provide relaxation and relieve stress. "The action involves both logic, by which we color forms, and creativity, when mixing and matching colors," Ayala told The Huffington Post. "This incorporates the areas of the cerebral cortex involved in vision and fine motor skills [coordination necessary to make small, precise movements]. The relaxation that it provides lowers the activity of the amygdala, a basic part of our brain involved in controlling emotion that is affected by stress."

The untitled official "Game of Thrones" coloring book is expected to hit the bookshelves by October. While it has certainly not been relaxing to watch the latest episodes of the TV series, fans can color their days away while waiting for Martin's sixth book "The Winds of Winter".