'Fantastic Beasts And Where to Find Them' Release Date, Cast & Plot: 5 Things We Know About 'Harry Potter' Spin-Off 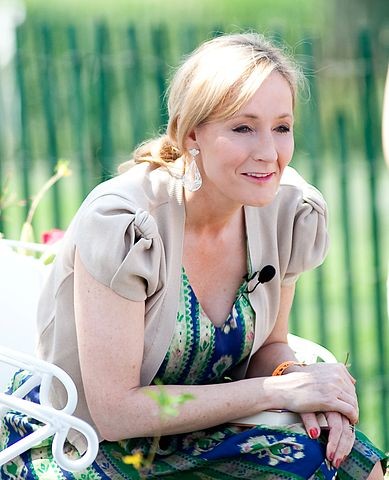 The release of the book "Fantastic Beasts and Where to Find Them" had thrilled Potterheads all over the world. In the wizarding world, it is simply a standard textbook at Hogwarts School of Witchcraft and Wizardry by Newt Scamander.

In September 2013, The Guardian revealed that the "Fantastic Beasts"  book will come alive in film and that J.K. Rowling herself is writing the script. Warner Bros. had come up with the idea and Rowling agreed. So far, here's what we know about the upcoming movie:

In the Muggle world (also known as the real world), the book was written by J.K. Rowling to raise funds for Comic Relief, a UK-based charity founded in 1985.

According to the book, Newt Scamander is a famous Magizoologist, which means one who studies magical creatures, who wrote the textbook in 1927.

In June 1, Deadline reported that Oscar-winning actor Eddie Redmayne, who played Stephen Hawking in "The Theory of Everything," is starring as Newt.

The last film of the Harry Potter series, "Harry Potter and the Deathly Hallows Part 2," was released on July 15, 2011. The upcoming spin-off film hits theaters on November 2016.

While the complete plot remains a mystery, the book provided clues about what will be included in the movie.

For Hogwarts students, the book provides a glimpse of Scamander as an adventurer. There are also detailed descriptions of beasts including the famous ones like the basilisk, dragons(and Baby Norbert), hippogriff and werewolves.

This hints that the upcoming film will be a thrilling adventure for Scamander.

Published in 2001 under the name Newt Scamander, the book featured a foreword from Albus Dumbledore himself, the Headmaster of Hogwarts.

The "Fantastic Beasts" books sold to the public are copies of the actual book that Harry used in his first year, complete with comments and doodles in his, Ron's and Hermione's handwriting.

In the scribbled notes, there had been occasional mentions of Rubeus Hagrid, who is known for his love for fantastic (and very dangerous) beasts.

4. Magic in the United States

In October 2014, Rowling posted a tweet hinting a specific set location for the film - New York.

"Newt only meant to stay in New York for a few hours. Circumstances ensured that he remained... for the length of a movie, anyway," said Rowling in a tweet.

She said,"Fantastic Beasts and Where to Find Them is neither a prequel nor a sequel to the Harry Potter series, but an extension of the wizarding world."