'A Song of Ice and Fire' Finale Details Spilled by George RR Martin! Here's What to Expect 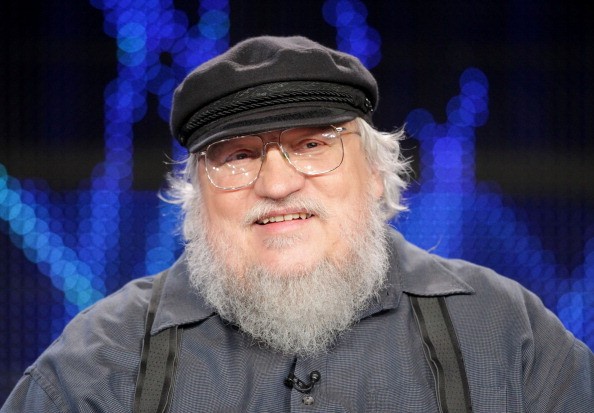 The readers of George RR Martin's "A Song of Ice and Fire" series know the terrible feeling of getting all anxious for the fate of their beloved characters, who can die at any given time in the most ruthless way one could think of.

Martin is notorious for killing characters, especially when one least expects it. This gives fans of the books enough reason to tread his stories with utmost apprehension and excitement.

What's worse, the novelist will make readers love the characters enough to get them so unbearably damaged and unable to continue when he puts the character's brutal end on paper. But the magic of it all is that fans keep reading them because the books are so good.

Thankfully, the end of "A Song of Ice and Fire" series, which is, of course, the masterwork that gave birth to the epic "Game of Thrones," won't be as brutal as many already imagined it would be. Martin recently sat down with New York Observer to discuss how the most talked about epic will come to an end. Surprisingly, it won't be a "horrible apocalypse" like how many pictured it.

"I haven't written the ending yet, so I don't know, but no. That's certainly not my intent," the author confirmed when asked if the series will end with a full-blown massacre. "I've said before that the tone of the ending that I'm going for is bittersweet," Martin continued.

Martin elaborated his influences in putting together the conclusion to the events of his elaborately imagined universe. One of those is JRR Tolkien.

"I love the way he ended Lord of the Rings. It ends with victory, but it's a bittersweet victory," he explained.

He also had another inspiration in mind that traces back to his childhood. "And the scouring of the Shire—brilliant piece of work, which I didn't understand when I was 13 years old: 'Why is this here? The story's over?' But every time I read it I understand the brilliance of that segment more and more."

To end, the author said, "All I can say is that's the kind of tone I will be aiming for. Whether I achieve it or not, that will be up to people like you and my readers to judge."

As Vanity Fair pointed out, Westeros, even after the beheadings and torching, won't seem so much as a hellish land when everything comes to a close. It wouldn't be a sunshiny setting with a fairy-tale ending too. That being said, the site expects that some of their dearly loved characters could bite the dust still.