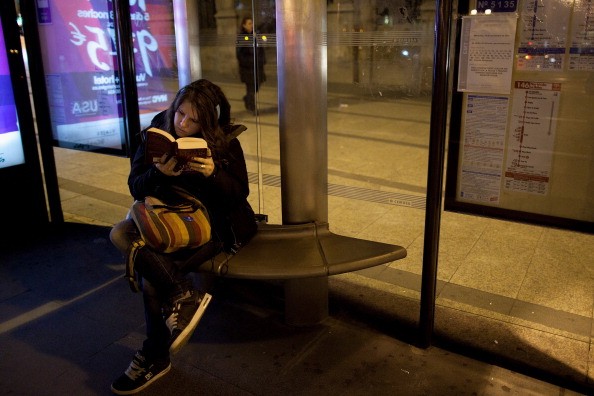 Step aside, Harry and Katniss. There are new heroes in town. While the subject of YA reads always make one think of their stories, there a lot out there to check out too. To get you started, here are five titles to pick up.

No, it isn't as old school as it sounds. As The Book Barbies said, it's more than what meets the eye. This is the story of 17-year-old Majesty Alistair, who sets out to investigate the car accident that took her father's life.

She juggles this with her problems on the baseball team and complicated love life. However, everything was put aside when she overhears the plans of unknown students of a church massacre.

2. "Gabi, A Girl in Pieces" by Isabel Quintero

Award-winning writer Meg Medina tells NPR that this book "gets at everything, all at once" and it really does. It is about Gabi, who goes through all sorts of teenage issues everyone is familiar with: body image, her aunt's strict religion, her dad's drug addiction and her best friend's pregnancy. She shares them all here as a diary.

Gabi also speaks about her anxiety about college and the coming out of her second best friend.

3. "The Unfinished Life of Addison Stone" by Adele Griffin

Addison Stone is an erratic artist who died a mysterious death at age 18. Her former teacher, Griffin, attempts to learn the truth by interrogating her friends and looking into the way she expresses herself through art.

Washington Post reviews this whodunit as a "richly layered, metafictive mystery" and is a must-read for those who want to get a good look at the lavish life in the Big Apple and its secrecies and thrills.

Dancing, boy bands and romance — this book will surely pluck the heartstrings of every YA reader. Carrie had a blossoming dance career, which earned her enemies like Jennifer, who went so far to cut it short.

However, along with this devastation comes her knight in shining armor, Daniel Lewis, who helped her get back on track. As he did, it came the time for Daniel to chase his dream. He flies to Atlanta for a football scholarship, leaving Carrie's heartbroken.

5. "How It Went Down" by Kekla Magoon

LA Times is reminded of the cleverly written tale of heartbreak and loss with other classics such as "A Hero Ain't Nothin' But a Sandwich" by Alice Childress and "Shooter" by Walter Dean Myers.

Sixteen-year-old Tariq Johnson was shot by a white man, Jack Franklin, in front of a convenience store. The community hasn't been the same since. The book centers on how the people left and loved by Tariq cope up while detailing the timbre of the tragedy.