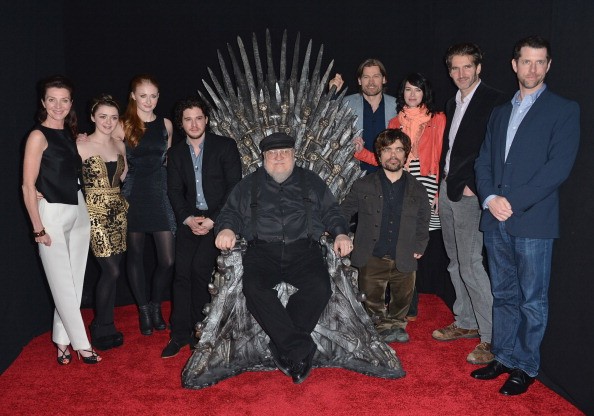 With "Winds of Winter" still not finished, fans have no book to latch on when it comes to figuring out what's next for the people of Westeros and beyond. This is why a lot of theories about the certain mysteries in the books are in the wild.

Some theories are just too outrageous and downright impossible. But most of them actually make a lot of sense. There's a new notion cited by Bustle regarding Jon Snow, suggesting that the fan-favorite character has a twin.

The biggest puzzles in George RR Martin's "A Song of Ice and Fire" saga is the Commander of the Night's Watch family background. This is actually second to what the fans are itching to know more about. The first one is his fate in the HBO series.

A Redditor named Ghostchief has played around with the R + L = J theory, mixing it with the fabled Westerosi hero Azor Ahai legend. Jon Snow was initially presented as Ned Stark's bastard firstborn. Ned apparently spawned him while on a campaign with Robert Baratheon.

The latter was engaged to Lyanna, Ned's sister who was allegedly kidnapped by Rhaegar, Dany's brother. Ghostchief theorizes that no abduction happened and that Rhaegar and Lyanna were just so in love they decided to abscond.

That being said, Lyanna's demise couldn't have been caused by Rhaegar, which is the generally accepted story behind Lyanna's death. Fans believe that she died not because Dany's brother tortured and raped her, but because she did not survive childbirth.

Before Lyanna died, Ned and Howland Reed, a character who is yet to appear in "Game of Thrones," were by her bedside. Howland has kids -- Meera and the late Jojen, who don't look like siblings at all. Meera, in fact, looks a lot like Jon Snow.

What Ghostchief wants to imply is that Lyanna gave birth to twins. Ned and Howland made themselves responsible to raise these kids after Lyanna's death and so Ned takes in Jon Snow and Howland took care of Meera. Whether he hit the mark is unknown but it sure is a convincing argument.

Theories abound as to what Martin is working on for "Winds of Winter," the sixth book in the series. Latino Post says that the author's declaration of his desire to see underdogs step and rise could lead to a redemptive plotlines for the Starks, who had a fair share of anarchy in the previous book.

Although this is looking to be promising, Martin has also teased to Spiegel Online that he has already picture the death of a certain character. It remains to be seen if it is happening in "Winds of Winter," but it is something both exciting and worrying.