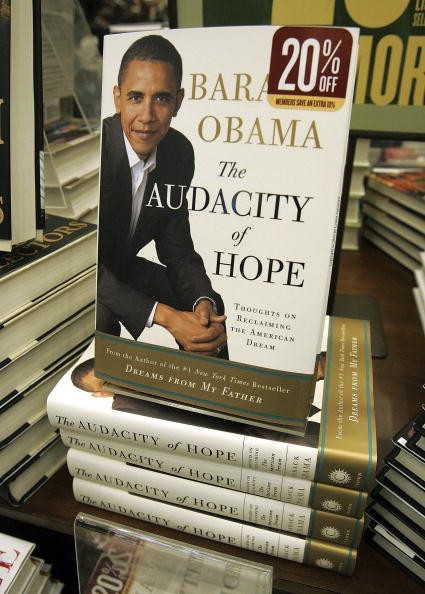 SKOKIE, IL - OCTOBER 18: Copies of U.S. Sen. Barack Obama's (D-IL) new book 'Audacity of Hope' are displayed at the Barnes & Noble bookstore October 18, 2006 in Skokie, Illinois. Obama is in the midst of a book tour that will include television appearances as well as signings. According to reports, Obama is concidering a run in the 2008 presidencial election. According to reports, Obama is considering a run in the 2008 presidential election.
(Photo : Tim Boyle/Getty Images)

People had been writing about politics for a very long time. The knowledge and wisdom embedded in these books transcend time, with principles and beliefs that have been ruling the people for thousands of years.

The following are timeless reading picks that politicians, politics students and enthusiasts will certainly enjoy.

In thirteen chapters, "The Art of War" demonstrates military strategies and war tactics. It also teaches how to gain victory wisely and honorably. Most of the principles written are focused on facing conflict without relying on force but on wisdom and strategy.

The words of Sun Tzu are studied and quoted in different texts around the world as it can be applied in general aspects of life and struggle instead of wartime alone.

"The Republic" presents a dialogue between Socrates and three other philosophers. Throughout the exchange, several questions and beliefs were raised.

The book also explores the true meaning of justice, forms of government, the purpose of education and the makings of a just government. The book was published around 380 B.C.

The Prince by Niccolo Machiavelli (1532)

"The Prince" demonstrates the art of conquest. It gives advice on how to acquire power and maintain it. The book also explores the important foundations of power such as good laws, military knowledge and reputation.

As of today, Machiavelli's book remains a bestseller in politics literature. It has also been the origin of the word "Machiavellian".

"Team of Rivals: The Political Genius of Abraham Lincoln" presents one of the freshest insights on Abraham Lincoln's leadership and behavior. It also gives a deep understanding on what shaped him to become one of the most influential leaders of the nation. Five other people were also mentioned in the book. Together, they form the "team of rivals."

Doris Kearns Goodwin is known as a well-known presidential historian. She has also written "Lyndon Johnson and the American Dream" and "The Bully Pulpit."

In his book "The Audacity of Hope: Thoughts on Reclaiming the American Dream", the President shares his beliefs in politics and in spirit.  He hopes to create a new vision in politics and on the nation's future steps.

Before the publication of the book in 2006, Obama has already written the memoir "Dreams from My Father: A Story of Race and Inheritance" where he recounts his experiences including personal encounters with race relations and his journey to law school.