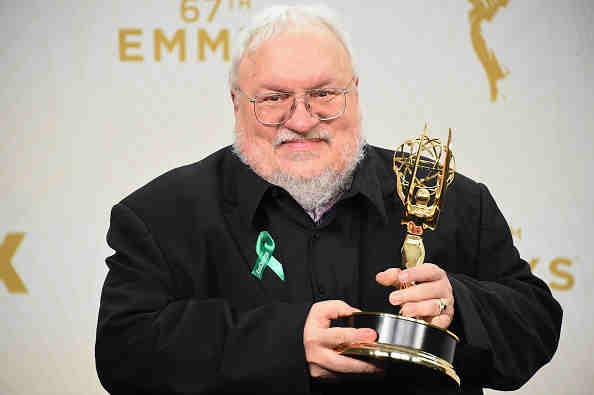 Rumor has it that the highly-anticipated "A Song of Ice and Fire" series book "Winds of Winter" is already at the publishing houses and is being readied for its imminent release. With 2016 just a stone's throw away, many feel the book will be out soon.

According to Christian Today, the much-awaited premiere of the series adaptation of the saga "Game of Thrones" season 6 was delayed by a month. The site said that author George RR Martin requested the show's return pushed back so that the book will be out first and thus, avoiding spoilers.

In the past few months, it was being said that Martin provided the crew behind the show a manuscript of "Winds of Winter" so as to act like an outline or guide for writers in constructing the season. What that means is that there will be new info peppered on the new episodes.

This is allegedly what Martin is avoiding, to spoil the book before it is even hit the shelves. It remains to be seen if the premiere delay is even happening or if it is instigated by the novelist's concern. Either way, these hint that the sixth volume in the fantasy saga is really close by.

The general consensus, as pointed out by HNGN, is that "Winds of Winter" will be released before season 6 of "Game of Thrones." New seasons of the show usually start by April. But now, a new HBO rock and roll drama titled "Vinyl" is taking over the fantasy's timeslot for the whole April.

Martin is taking his time writing the highly-anticipated book, which fans have been waiting to see in the flesh for about five years now. He is also clearing his schedule to devote as much time as he can to finishing it. In fact, the book could already be done with reports that it is being readied for translation.

A couple of months back, there emerged a radio interview of Ediciones Gilgamesh editor Alejo Cuervo, who knows Martin personally, (picked up by Watchers on the Wall) where he said he is "confident" about a 2016 release "but a meteor could fall," he quipped.

Nonetheless, he said that the Spanish translating of "Winds of Winter" is scheduled prior to the launch of the English version. In addition, Winter is Coming reported that a Polish translator by the name Michael Jakuszewski was allegedly enlisted to convert the manuscript to Polish by the end of the year.