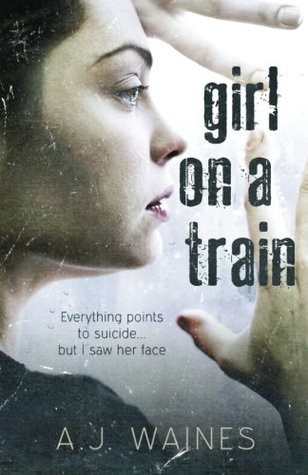 Ever since Paula Hawkins' psychological thriller "The Girl on the Train" skyrocketed to fame and various bestseller lists, author and former psychotherapist AJ Waines soared high with her. According to Galley Cat, sales on the latter's book "Girl on a Train" drastically increased with readers mistaking it for Hawkins' bestseller.

Wall Street Journal reported that 30,000 copies of the tome published by Waines back in 2013 were sold in the midst of the popularity of Hawkins' book, which is currently being made into a film with Emily Blunt attached to the project. "Girl on a Train" clambered to the top spot on Amazon UK and Australia bestseller lists.

The sudden spike in sales of the book that is already two years old immediately caught the attention of the web. Comments of confused customers flooded the Amazon page of Waines' book with buyers claiming that they purchased the wrong book.

According to Fusion, even a Needham-based book club mistook "Girl on a Train" for "The Girl on the Train." The group discussed and read the book before realizing (thanks to one member that received word) it wasn't the book they are supposed to check out.

It wasn't until this reporter informed one member, his mother, about the other book that the readers discovered their mistake. "They all made fun of me for picking the wrong book," Jade Wilson, one of the book club members, told WSJ. She admitted, however, that it was a stroke of luck stumbling upon "Girl on a Train," which she ended up liking anyways.

Either way, the confusion is catapulting "Girl on a Train" to a new level of success. It is now enjoying the spotlight it did not get to enjoy when it first hit the shelves. "I'm making more money than I ever have before," Waines told Wall Street Journal.

Other readers agreed with Wilson as they loved Waines' story despite the fact that they weren't supposed to pick it up in the first place. One reviewer even recommended it to other bookworms, explaining that she "couldn't put it down" and made her a fast and avid reader.

"Girl on a Train" by Waines follows the story of headstrong journalist, Anna Rothman who investigates the mysterious death of Elly Swift that was made to look like a suicide. Some reviewers call it a "pageturner."

Meanwhile, "The Girl on the Train" by Hawkins has sold 6.5 million copies ever since it was released back in February. Its bestseller status had many readers wanting to experience the story itself. It centers on a divorced alcoholic Rachel, who takes the same commuter train every day until she wakes up to a shocking mystery that made her realize that not everything is not what it seems.