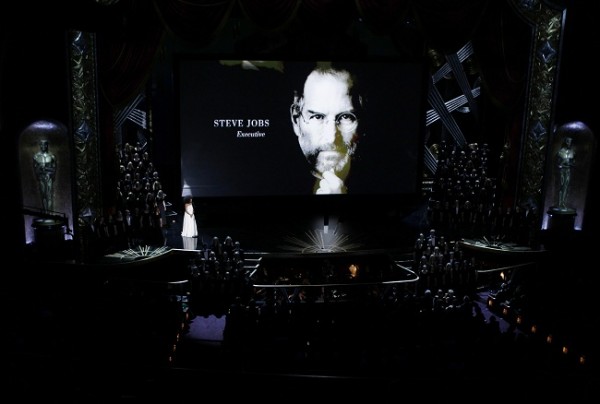 Esperanza Spalding sings as a portrait of Steve Jobs is displayed during the memorial segment at the 84th Academy Awards in Hollywood, California, February 26, 2012.
(Photo : Reuters)

Perhaps no figure has ever loomed larger over the technology sphere than Steve Jobs. The infamous creator of Apple was known as much for his demanding, often devastating intensity as much as he was for his ingenious ideas. With Apple known for viewing simplicity as a virtue, it should come as no surprise then that to Jobs, it was like both a religion, and a weapon.

Serving as Jobs' ad agency creative director for 12 years, Ken Segall interacted with the iconoclast like few others can claim. He wrote a revealing account of Jobs' philosophy, released this year, "Insanely Simple: The Obsession That Drives Apple's Success," which has received mostly positive reviews.

According to Segall, thanks to Jobs's uncompromising ways, you can see simplicity in everything Apple does, from the way it's structured, and the way it innovates, to the way it speaks to its customers.

Segall was along for much of Apple's wild ride to the top of technology companies. As ad agency creative director, he played a key role in Apple's resurrection. He even helped create such critical marketing campaigns as "Think different." By naming the iMac, Segall also laid the foundation for naming waves of i-products to come.

Segall also has some unique perspective on technology as a whole having worked with other companies like IBM, Intel, and Dell. Working with Apple's competitors showed Segall the stark contrast of Apple's ways, and made him appreciate the power of simplicity.

The one year anniversary of Steve Jobs' death is Oct. 5. Jobs died last year due to complications from a relapse of his previously treated islet-cell neuroendocrine pancreatic cancer, which resulted in respiratory arrest. In memoriam, Segall looks to be making the rounds, spilling revealing anecdotes about his enigmatic old boss. To celebrate Jobs' creativity and legacy read along below for some facts and stories you likely never knew about the man behind Apple.

"Jobs personified a cautionary tale about dizzying success in America: Change the world at the price of alienating almost everyone around you. In his single-minded pursuit of perfection, Jobs routinely told subordinates who fell short of his lofty standards that they were a------- and fired them on the spot."

"'Jobs cried a lot - usually to get his way' in a business deal, Segall says."

"Apple didn't work without Jobs. But Jobs didn't work without Apple, either. If Jobs had ousted former Apple CEO John Sculley in 1985 - instead of the other way around - Jobs may have driven the company into the ground. Jobs still hadn't acquired his magic managerial touch."

"In the 1980s, after Apple posted a quarterly loss and slashed more than 1,000 jobs, Jobs reacted morosely, Segall recalls. '(Jobs) just 'shook his head and simply said, 'It's terrible,'' Segall says. 'The father was hurting because the child was hurt,' Segall recalled. 'He had to come back and save it.'"

"Next Computer was almost named 'Two.' But a former creative director at Apple, Tom Suiter, came up with another idea after watching a speech by Microsoft co-founder Bill Gates. In it, Gates continuously used the word "next" to describe future technology. When Suiter suggested to Jobs that the name of his follow-up to Apple be called Next, Jobs loved the idea. Gates learned of his unintended inspiration years later."