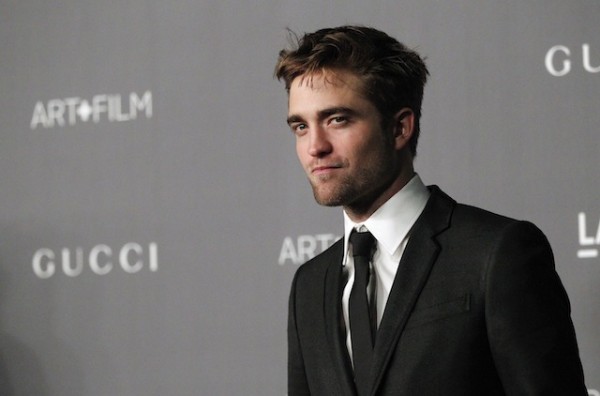 E.L. James has made a big splash with her BDSM-based "Fifty Shades" trilogy. It's so big that others now want to write a book similar.

"Fifty Shades of Grey" is based on "Twilight" fan-fiction, a phenomenon that millions are a part of because of Stephanie Meyer's favorite vampires, Bella and Edward Cullen.

It would be no surprise that "Twilight" and "Fifty Shades of Grey" come together in another book, one that might be written by Edward actor Robert Pattinson.

According to the Examiner, in a recent interview, Pattinson, 26, was asked if he had any interest in eventually writing a book and if so, what it might be.

"Surely something along the lines of 'Fifty Shades of Grey,'" Pattinson replied. "I would really like to do that and put a spin on it by inverting the casting roles: making the woman the one who is punishing the man. It would be so much fun. Something like 'Misery' ... but really he loves to be in that situation, you know?"

Can you imagine Anastasia Steele putting Christian Grey in handcuffs, spanking him in the Red Room of Pain wearing her "BDSM-type" jeans? That's basically the vision Pattinson has for his book -  a submissive Christian and dominate Ana.

Pattinson plays the sexy Edward Cullen in all the "Twilight" films. His handsome looks, velvet speech and his protection over Bella (played by Kristen Stewart) is some of the reasons many are drawn to Pattinson. He might have some great ideas for a "Fifty Shades" remix, however, it may float more towards a "Twilight" feel.

How would "Twilight" author Meyer feel about her star Edward actor writing a book like "Fifty Shades of Grey?" She probably would be happy that Pattinson is trying out his "writing" side.

"No, it's really not my kind of book -- not my thing," Meyer told Access Hollywood's Shaun Robinson with a laugh, at the "Breaking Dawn - Part 2" junket in Los Angeles. "But, you know, anytime somebody is out there being creative, that's great."

"I mean, I have read some fan fiction years ago and I found it really like, kind of cool. These people had these stories," she said. "I felt it was a little bit sad that they were doing them in a way where [the stories] weren't theirs, but I feel like all those people, they're practicing and their going to write their book, it's going to come out of them eventually.

"Because they're writers," she added.

So, what do you think about Robert Pattinson writing a book similar to "Fifty Shades of Grey?" Sound off below!