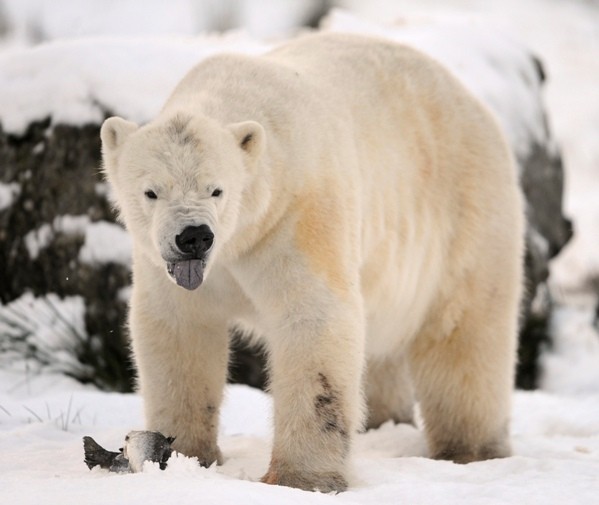 Zac Unger's new novel "Never Look a Polar Bear in The Eye" reveals polar bears are not in as bad a condition as being portrayed.

In 2008, reports of polar bears heading towards rapid extinction owing to the thinning of Arctic ice made headlines. This caught the attention of Zac Unger who planned to migrate to Northern Canada to study the "nearly extinct" creatures and write a book on their status and environment.

Unger revealed in an interview with NPR that his initial plan was become a hero by writing a mournful elegy for the polar bear. However, when he arrived at the Canadian Arctic, he slowly realized that polar bears weren't in as bad a shape as they were reported to be. This didn't fit well with what his idea of his book was going to be. Unger also stated that while on his quest to look for information for his book, he found that more polar bears exist today than they did 40 years ago.

When Unger and his family moved to a town in northern Manitoba, he found that there was nothing unusual about a polar bear walking into town. Residents of the town usually left their home doors open so that any person could dash into the house if they were being chased by polar bears. Unger also noted that people kept wooden planks and a bed of nails as door mats in front of their houses to help people fight a polar bear if the need arose.

According to Unger, when a polar bear was spotted in the town, a couple of wildlife conservation officers would arrive and try to scare away the bear from the town. Their first resort was using firecrackers. If that didn't work, they moved on to rubber bullets. They kept the real bullets as a last resort.