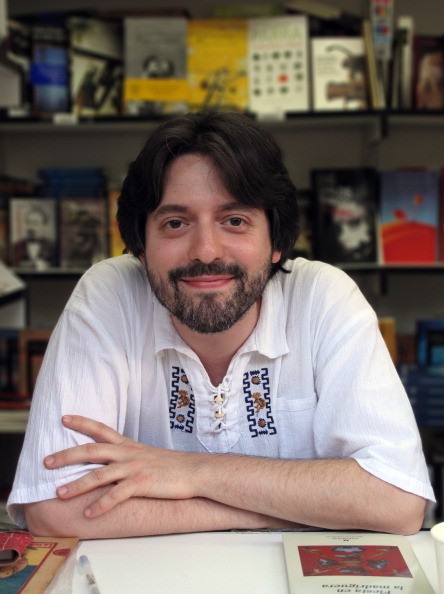 Today's new breed of Latin-American writers continues what their founding fathers of literature have started. However, as Quartz reminded, not many of them enjoy the spotlight as much as the great ones that came before them. This doesn't, however, change the fact that these novelists can whip up precious literary gems.

For those who are looking for a good book to be absorbed in during this sizzling, straw-hat season, you might as well be engrossed and hooked in the beautiful words of these Latin-American literary greats. Here are five must-reads to grab from the nearest bookstore now.

1. Signs Preceding the End of the World by Yuri Herrera

This crown jewel of a novel chronicles the journey of a Mexican immigrant in the eyes of a "Latin-Anglo" dictionary-toting young woman named Makina, whose journey to find her lost brother heaves her to the US. There she sees danger eye to eye and in more ways than one. She is coerced to defy the hostile environment dominated by machismo and violence.

2. My Fathers' Ghost Is Climbing in the Rain by Patricio Pron

Every family has its secret. When a writer returns to his home in Argentina, little did he know that the trip, which he only pursued for one reason (to visit his dying father), will draw him back to the dim, well-hidden past of his family. He becomes as fixated as his father in finding a missing man, and, in the process, he is forced to face the haunting truth about his family's dark political history.

The Peruvian-American author, who remains true to his Latin-American roots, weaves the story of loss and all its colors. The novel centers on a woman named Norma, who works as a host in an unknown South American country, reeling away from the dread of war that resulted to disappearances of her loved ones. Through her voice, the heroine consoles the war-afflicted with hope and comfort, as she herself struggles to preserve the memory of her husband, who the war took away from her.

Hailing from Mexico, the award-winning author attempts to delve into the effects of the biological instincts and interactions of humans and animals through interesting, memorable characters distributed in five stunningly delicate stories. Flipping through the pages, readers will be introduced to a pregnant woman who developed an interest in literal fish fights, a family who ends up sharing their home with cockroaches and a pair of musicians who picks up a genital infection.

5. Traveler of the Century: A Novel by Andrés Neuman

Hans' penchant for traveling brings him to Wandernburg, a mysterious urban city sandwiched between Saxony and Prussia, where he initially intended to spend a single night before packing up for Dassau, his final destination. However, Hans finds that one night isn't enough to explore and understand what he discovered was an ever-changing cartography that takes him to different places from the same street.