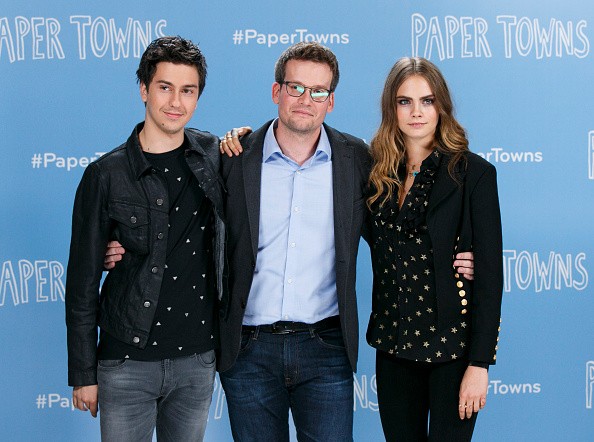 "Paper Towns" film, an adaptation of the John Green's novel of the same title, is hitting theaters on Friday, as what the author has announced in vlogbrothers.

The New York Times bestselling novel won the 2009 Edgar Award for Best Young Adult Mystery. "The Fault in Our Stars," another novel of John Green, had already been adapted into a film.

As described in John Green's website, the story centers in a young boy, Quentin "Q" Jacobsen, who, at first, has a crush on his new neighbor, Margo Roth Spiegelman, portrayed by Cara Delevingne. However, the story develops to become a girlfriend's revenge on her cheating boyfriend and a night adventure.

The lead character, Quentin, portrayed by Nat Wolff, later goes through a senior road trip to search for his miracle. As Q changes as a person, his perspective in the world slowly changes. This gradual change leads to different directions in the story.

One crucial change in the book is the addition of a major character. Radar, one of Q's two best friends, brings his girlfriend along for the ride. While the book had only four people, the film had five teens joining the senior road trip. This includes Quentin, Radar, his girlfriend Angela, the other best friend Ben, and Margo's best friend, Lacey.

On their way to finding Margo, they go through many stops at gas stations. One gas station scene is going to make moviegoers gasp in their seats.

In a report from Just Jared, in December, an actor that was very familiar to John Green fans surprised the "Paper Towns" set by paying a visit.

What fans didn't know is that that the said actor is not only surprising the film's cast and set, but the whole fandom by making a cameo appearance in the "Paper Towns," Variety reveals. While cameo appearances are not new, this one is known as something of a miracle because, here come the big spoiler, he supposedly died in the previous John Green film.

The film also made another major change, making a one big funny irony.

In the book, Quentin and his road trip buddies missed their graduation ceremony because they did not think it weighs more than their mystery adventure. However (here comes the irony), in the film, everybody is in a hurry to finish the road trip in time because they do not want to miss the event that is equally important as their adventure, the senior prom.

As John Green once mentioned, the book and the film had different endings.

The book ends with Quentin, who always thought that meeting Margo was a miracle, realizing that Margo is not the miracle and finally seeing her for who she really is.

The film closes on a different note with Quentin realizing that his miracle has truly happened, he just haven't noticed it all this time.

Find out more by watching the trailer.