Young Adult Picks: Top 5 Fiction Novels to Watch Out For

Books & Review
Updated: Jul 28, 2015 08:54 AM EDT
TAG:all the bright places, the fault in our stars, silver linings playbook, ps i still love you, emmy and oliver, made you up, i was here, if i stay
Close 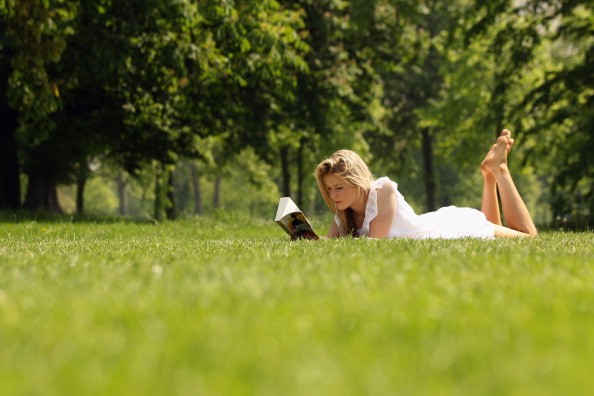 (Photo : Oli Scarff/Getty Images) LONDON, ENGLAND - MAY 23: Breeze Burgess reads her book in the sunshine in Hyde Park on May 23, 2012 in London, England. Following the high afternoon temperatures in the capital yesterday, it is expected to reach 26 degrees Celsius today with warm weather forecast for the rest of the week. (Photo by Oli Scarff/Getty Images)

Young Adult books thrive in the world's expanding library. There are quite a lot of these page-turners that came out since January and it is about time to cross out some of those from the reading list.

Bookworms who loved "The Fault in Our Stars" by John Green and "Eleanor and Park" by Rainbow Rowell would love Niven's book as it is a mix of both, Teen Vogue writes.

This tear-jerking story follows Violet, who is counting the days from her sister's death and Theodore, who constantly thinks of ways of killing himself. When their worlds collide, they become comfortable with each other, with Violet making the days count and Theodore being the lovely guy he really is.

However, this friendship won't last longer than they thought it would be. "All the Bright Places" was released January 6 and it is already moving to the big screen with Elle Fanning playing the female lead.

This YA gem, which was released June 2, follows up "To All the Boys I've Loved Before." The story follows Lara, who is now more confused than ever after falling for Peter during the course of their pretend romance.

The two have developed genuine feelings for each other, which should be nice. But not when another guy from Lara's past returns and rekindles her love for him.

As per Seventeen, this book, released just last June 23, is about Emmy, who is reunited with his best friend Oliver 10 years after "unknowingly" being kidnapped by his own dad. However, his reemergence doesn't assure that the relationship they had before he disappeared can still go on.

This one will be a sure hit to those who had a thing for "Silver Linings Playbook." It is the story of a high school senior named Alex, who suffers from delusional schizophrenia. Miles comes to his life and everything just changed. She partied, made friends and fell in love.

Although everything sounds perfect, it hits Alex that none of this might be true at all. "Made You Up" was released back in May 19.

This is about Cody's quest to learn the reason behind her best friend Meg's suicide and why she did not see it coming at all. She heads back to Meg's town to collect her stuff but there she discovered all the things her best friend did not tell her.

Forman, who released the bestselling book turned film "If I Stay," released this YA nugget back in January 29.