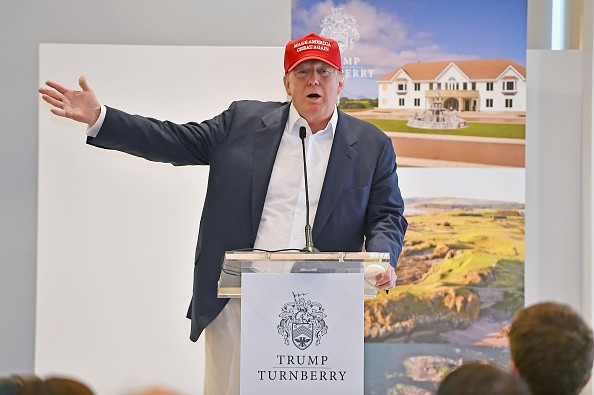 In the newest survey conducted by NBC and Wall Street Journal, Republican presidential candidate Donald Trump is the choice of 19 percent of GOP primary voters to be the next head of state, NBC News reports.

Next in line is Wisconsin Gov. Scott Walker, which won over 15 percent of the voters, while former Florida Gov. Jeb Bush closely trailed with 14 percent. With only 10 percent of the block, neurosurgeon Ben Carson came in fourth.

Trump is preparing to take the stage in the first ever debate against his fellow candidates. Dropping by "The Week" in ABC, he shared his thoughts as to what debate really is and where his place is in the whole event.

"They're all talk, no action. They debate all the time," he said of his fellow competitors as quoted by CNN. "Maybe my whole life is a debate in a way, but the fact is I'm not a debater and they are," he went on to say.

Recognizing that his competitors are old hands in the art of arguing and reasoning, Trump revealed in an interview with "Meet the Press" (via NBC News) what his game plan is in swaying the American people -  and that is staying true to himself.

"I don't want to be unreal. I want to be me. I have to be me," Trump said in the NBC's news program. "We have enough of that in Washington with pollsters telling everybody what to say," he continued. Aside from being his realest self in the event, he also plan on "counterpunching" at the right time.

"I don't think I'm going to be throwing punches. I'm not looking to attack," Trump said via CNN. "Every attack I've made was a counterpunch. They attacked me first, and I hit them back - maybe harder than they hit me, but the fact is that I've been attacked pretty viciously by some of these guys."

Lastly, he said via NBC News that he is only after a meaningful discussion about real issues and nothing more. "I'm not looking to take anybody out or be nasty to anybody," Trump said as quoted by NBC News.

The official debate on Thursday, Aug. 6 will be hosted by Fox News. Presidential aspirant Mike Huckabee explained to CBS via The Guardian that the candidates are only given a minute for responses and 30 seconds for rebuttal if they are attacked by name.

"So probably a lot of us will be sitting there hoping we get attacked by name so we can get a little more time," Huckabee said.