Books for Travel Buddies: 5 Titles to Read While on the Go

Books & Review
Updated: Aug 07, 2015 03:35 AM EDT
TAG:i am having s much fun here without you, travel books, we were liars, e lockhart, statistical probability of love at first sight, jennifer smith, The Vacationers, Emma Straub, nobody is ever missing, catherine lacey 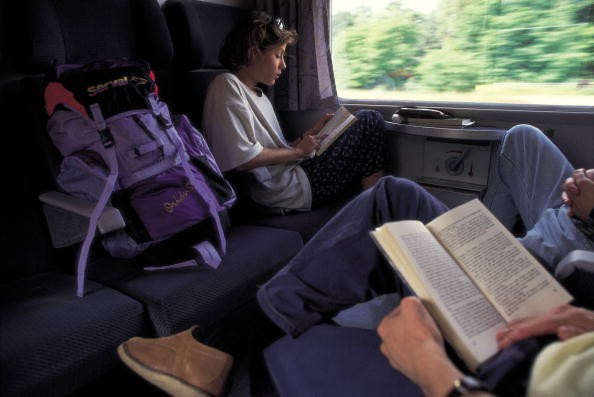 Planning to go out of town with long hours of travelling time in your hands? Don't forget to fulfill that what-should-I-bring checklist and make sure to pack one of these books on your luggage to make the most of the journey.

Set around London and Paris, this tragic love story follows British artist Richard Haddon who is trying to win his French wife Anne back after losing his American mistress.

Initially consumed by having been abandoned by the latter for a rich cutlery designer, Richard realizes his love for Anne after a painting he made for her when they became newlyweds was sold.

Lockhart's masterpiece has more than meets the eye. With mysteries and shockers obscured by its initially fun-toned footing, this award-winning suspense novel has secrets - terrible ones, according to The Guardian.

The story revolves around four teenagers calling themselves Liars who are on their way to take the wildest adventure yet as they attend their families' annual retreat in a private island in Massachusetts.

From one of them waking up naked with migraines and fuzzy memories to deaths and tragedies no one dares to speak of, this book will certainly give you chills and will have you wishing that your destination is still far off.

Missed one of your flights and waiting for the right one? So did 17-year-old Hadley Sullivan, who was stranded at the JFK Airport on her way to London for his father's second wedding. The bad day could turn into her worst day ever but it didn't, thanks to the dreamy Oliver, a British boy waiting on her row.

Oliver was Hadley's sunshine after the rain, well, during the course of the flight. Hadley and Oliver went separate ways after the plane touched down but will destiny bring them back together? If you believe in love at first sight or wishes to debunk it, this book is the perfect travel companion.

The Posts are a problematic and troubled family. Mom's a food writer. Dad is a discredited magazine editor. Their daughter Sylvia wants to lose her virginity to someone before entering college while their son Bobby is a walking anxiety.

But their troubles won't stop them from going on a two-week getaway at the island of Mallorca, their first one in years. They will follow them though. As per NY Times, the book has a recurring theme of infidelity and the storytelling will make it effortless to recognize the worlds of the characters.

Huffington Post says that the pages of this book talk of self-discovery under a murky theme. The story circles around a woman named Elyria who, being the remarkably and emotionally upset woman that she is, suddenly felt the need to go on a trip.

Everything in her life seems to be in place but her desire to escape led her to New Zealand, leaving people around her in shock. But normalcy could be what took her to the country's never-seen wonders in the first place.