'Discworld' Final Novel 'The Shepherd’s Crown' by Terry Pratchett Releasing on Aug. 26! Get the Details Here 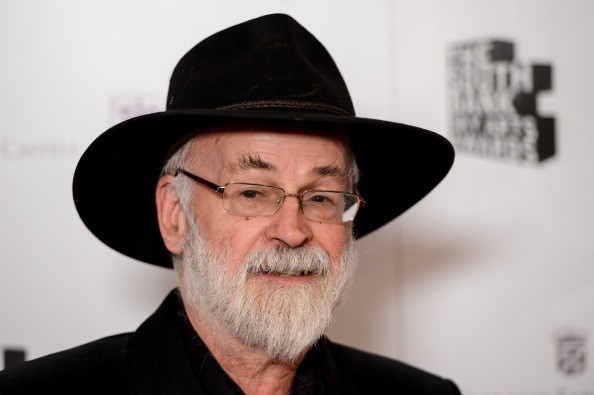 "The Shepherd's Crown," the final book in the Discworld series written by the late Terry Pratchett, will be published on August 26. There will be a ticketed midnight launch in a bookshop in Piccadilly, London, but tickets for it are already sold out with the fantasy master's throng of supporters rushing to secure one.

When the tickets were sold via Ticket Script yesterday at noon, they were gone within minutes. Indeed, Pratchett's storytelling magic is still alive. In fact, Amazon UK already has "The Shepherd's Crown" on its bestseller list a couple of weeks prior to its official release.

Before fans get their hands on "The Shepherd's Crown," Pratchett's assistant and friend, Rob Wilkins, will give the first reading, according to The Guardian. That's around 11:15 pm. As per the publication, fans who weren't able to get a ticket can join the event as queue outside the bookshop.

According to the aforementioned publication, "The Shepherd's Crown" is the 41st book in the series. It is the fifth and final Discworld novel starring teenage witch, Tiffany Aching. Pratchett finished writing the book last summer before he died last March from Alzheimer's, which he was diagnosed with eight years ago.

As posted on Terry Pratchett's website, the official summary of the book is as follows:

"Deep in the Chalk, something is stirring. The owls and the foxes can sense it, and Tiffany Aching feels it in her boots. An old enemy is gathering strength.

This is a time of endings and beginnings, old friends and new, a blurring of edges and a shifting of power. Now Tiffany stands between the light and the dark, the good and the bad.

As the fairy horde prepares for invasion, Tiffany must summon all the witches to stand with her. To protect the land. Her land. There will be a reckoning ..."

Transworld via Summer of Penguin also released "exclusive deleted scenes" from the "private musings" of "The Shepherd's Crown" protagonist that involve Granny Weatherwax, naming a baby after her own name and a very confusing take on how everybody knew witches are a "problem" and "trouble."

According to Guardian, before Pratchett died, he wrote an essay about dying. Titled "Shaking Hands with Death," Transworld published it as a separate paperback last month with a new introduction from Wilkins. Pratchett was also working on the fourth novel in a sci-fi book series about a "long earth" with Stephen Baxter before he bit the dust.