'The Notebook' by Nicholas Sparks Becoming a TV Series! Here's What to Expect From The CW Show 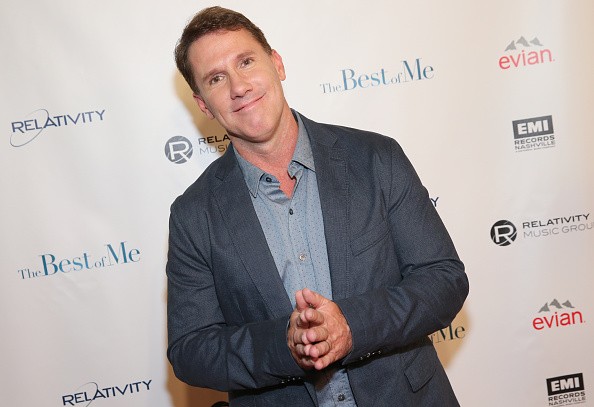 NASHVILLE, TN - OCTOBER 09: Novelist and Screenwriter Nicholas Sparks attends 'The Best of Me' screening at the CMA Theater at the Country Music Hall of Fame and Museum on October 9, 2014 in Nashville, Tennessee.
(Photo : Terry Wyatt/Getty Images)

As if it wasn't enough that readers ran out of tissue flipping through the tender tale, prepare to let out an ugly sob once more as a television series for Nicholas Sparks' popular 1996 romantic novel, "The Notebook," is being worked up over at The CW, Entertainment Weekly reports.

The novel was earlier adapted as a film with Ryan Gosling Rachel McAdams falling in and out of love as couple Noah and Allie. The romance flick was released back in 2004, and it remains as one of the most memorable, impactful and tear-jerking love stories to ever hit the silver screen.

According to Independent, the pilot script for the episode isn't ready yet. What's there to tell about the jump of "The Notebook" to the small screen is that it will center on younger versions of the protagonists although this isn't set in stone.

"I don't believe we're going to see the older couple - what they become," The CW president Mark Pedowitz said during the Television Critics Association press tour as quoted by Entertainment Weekly. "But things change [in development]. I'm thrilled Nick Sparks wanted to do it at The CW," he added.

Sparks will serve as the executive producer of "The Notebook" series along with Theresa Park. Todd Graff will be the show's writer and producer. No word on who will be the new Noah and Allie yet, but the network could use the list created by Pop Sugar on the stars that The CW, which is also home to hit DC Comics adaptations "The Flash" and "Arrow," can choose from.

The site says that the likes of Ansel Elgort, Lucas Till, Beau Mirchoff and Matt Lanter could make a charming mill worker while actresses such as Diana Agron, Nicola Peltz, Halton Sage and even Nina Dobrev should look flawless as Allie.

There are already rumors going around that Gosling and McAdams might even come back, but Independent writes that the two wouldn't elicit much chemistry as they did as there's word they do not get along well.

As per Entertainment Weekly, here is the official synopsis for the small screen retelling:

"This series will follow the romantic journey of the two beloved central characters Noah and Allie, at the outset of their blossoming relationship as they build their lives and their future together against the backdrop of the racial politics, economic inequities, and social mores of post-World War II of the late 1940s in North Carolina."