Genderless Books: Titles, Reader Benefits & How they Make a Difference 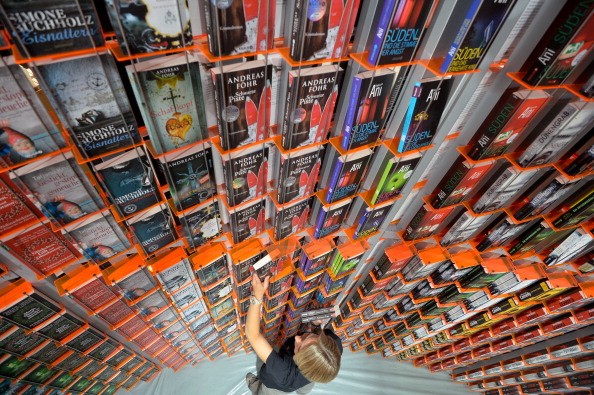 FRANKFURT AM MAIN, GERMANY - OCTOBER 08: A host arranges books at the'Knaur' publishing house stand a day before the launch of the 2013 Frankfurt Book Fair on October 8, 2013 in Frankfurt, Germany. This year's fair will be open to the public from October 9-13 and the official partner nation is Brazil.
(Photo : Thomas Lohnes/Getty Images)

There are not too many gender-neutral books out there, and although there are authors who want to release such types of books, Bustle says it's quite difficult. The publication reasons that the English language's landscape points a different word to use to pertain to a female and another for a male.

Book Sexy Reviews mentions how Garréta's characterization with the absence of the gender is noticeably absent but is awfully valued. "The fact that the author writes under constraint is really just ornamental gilding. That delightful, if inessential, layer of the novel that remains unnecessary to our enjoyment of the book yet adds to our appreciation."

According to Huffington Post, "Sphinx" starts with a nameless protagonist in a luxurious nightclub, where he or she gets to eliminate the exhaustive inelasticity of school by spending the night with DJ gigs that allow him of her to feel the music and be taken wholly by it.

The narrator finds love in a favorite cabaret dancer named A*** in the book, which the aforementioned site reminds started with pure lust. Physical differences such as their color were mentioned, but it is something Garréta did not want the narrator to fully focus on.

The sensuality of this newfound eye candy, who is emphasized for his or her love of dancing and sunbathing, was enough for the protagonist to find the distraction he or she needs. It is by this time that A*** realizes how shallow the narrator's feelings are for him or her, and, from there, they rethink what kind of relationship they truly share.

According to Shakespeare & Company, "Sphinx" is Garréta's debut novel she wrote when she was only 23. It was released with critical acclaim largely for its outstanding storytelling even under such constraint. The author is a member of the OULIPO, which, Poets says, merges the often contradicting fields of mathematics and poetry.

Garréta's "Sphinx" isn't the only book with genderless characters. One of the most famous tomes under the category is "The Left Hand of Darkness" by Ursula K. Leguin. Per Oyster Books, this sci-fi masterpiece tells that story of a lone human emissary named Winter, whose inhabitants have the ability to change gender.

Other books as recommended by Bustle include "Dangerous Space" by Kelley Eskridge, "The Turbulent Term of Tyke Tiler" by Gene Kemp, "Bone Dance" by Emma Bull and "Written on the Body" by Jeanette Winterson.