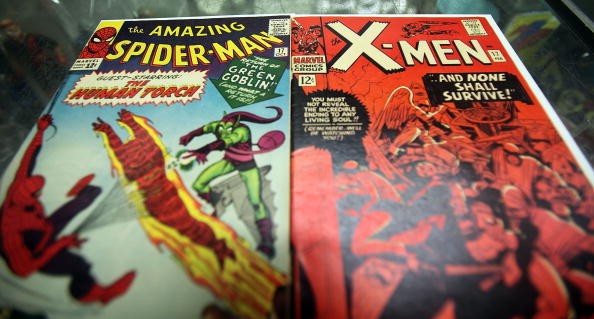 There's a big battle between Marvel and DC when it comes to comic books and of course, even in comic book movies. In July this year, the Marvel Universe dominated the list of top 100 comic books released by Diamond Comic Distributors, Inc.

Marvel grabbed eight out of the top 10 title in the list. DC Entertainment and Archie Comics each took one of the two remaining spots.

Here is the list of the top ten comic books last month:

In this "Secret Wars" issue, a confrontation between Doom and Marvel's surviving heroes makes the chapter more thrilling and moving.

Marvel introduces Lando, the smooth-talking scoundrel, in this new miniseries. The creators of the comics include Charles Soule, known for "Death of Wolverine", and Alex Maleev, who took part in creating "Spider-Woman."

The Civil War continues. So does the success of Marvel Comics in this list. The new chapter introduces readers to the Warzone and narrates what happened during the six-year battle between split forces.

Readers are in for more mysteries and surprises. As Bruce Wayne is assumed dead, a new Batman is in Gotham City. His name is Jim Gordon.

In the new "Darth Vader" issue, everything transforms. Shadows and secrets are unveiled as the chapter reveals more of how Darth Vader changed from "A New Hope" to "The Empire Strikes Back."

The Archie that everyone loved is back, just not in the way everyone is expecting. The reboot of the comics shows that Archie just got a makeover. He now sports a Justin Bieber hair and wears skinny jeans and denim jacket.

Everyone goes through hardships - including Peter and Mary Jane. However, family guy Spider-Man is still not excused from the Secret Wars.

The Apocalypse rules as the mutant rebels go down. The few humans who have survived are enslaved and mutants need an urgent plan to end his reign.

Marvel introduces new heroes in the new comics. A satellite orbits Battleworld. It's a space station called Knowhere, a place in need of guardians.

Other notable comics in the top 100 list includes "The Walking Dead," the top title for Image Comics; "Invader Zim," the top for Oni; and "Star Trek/Green Lantern: The Spectrum War" of IDW Publishing.

The list was based on the total unit sales of products in the North American market.