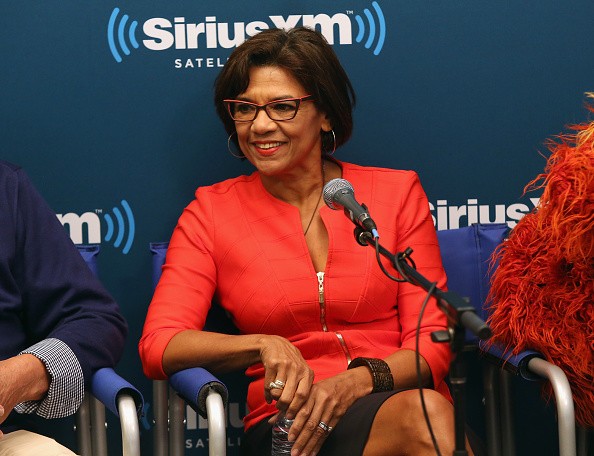 Sonia Manzano, who the world knows as the always cheerful Maria from "Sesame Street," is a hero to kids from different generations for her tireless efforts in imparting to youngsters important lessons (may it be about math, Spanish or their friends) and making it more fun by having Big Bird and the gang around, as per NPR.

One of the first Latina women to make it in television, Manzano devoted her life to helping kids through the television show as Maria. As a child, Manzano found these types of shows her escape and comfort, allowing her to forget for a moment the violence she witnesses every day at her family's home in the Bronx.

Manzano shared to NPR how abusive her father was to her mother. When he goes into a rage, Manzano's brothers hid themselves while young Sonia would stand up for her. She also opened up about the poverty her family went through and "the unrelenting struggle to find something to eat."

In the middle of the turmoil, Manzano found refuge in television shows like "Father Knows Best" and "Leave It to Beaver." She believes that her experiences as a child aren't unique to her, and there's a great possibility other kids go through the same, or worse.

"So I think it's interesting that I ended up on a show that offered a bit of comfort to children who lived in the inner city. And it was better than Father Knows Best because it was in an environment that they recognized," Manzano told NPR. "Here was a moment, an hour, where there's order, where there's humor, where there's love in a place that looks like your home," she went on to say.

She shares these childhood stories of hardships and tribulations in her memoir "Becoming Maria: Love and Chaos in the South Bronx," which has now hit the shelves.

In an interview with Entertainment Weekly, Manzano says that these experiences in a way helped her transform into the best Maria.

"I think because I found order through television, I became the best Maria I could be. I knew there were kids watching Sesame Street that were looking for calm in an environment that looked like their environment. I saw it as a sanctuary for inner city kids to tune in and see people like themselves that were not chaotic," she revealed.

In "Becoming Maria," she also emphasized that not everything was at its worst. She also narrated the love her family has for each other and the humor that magically springs up even in the direst of situations. She made it a point to examine two polar things as such happening at the same time.

As fans may have already heard, Manzano has retired from "Sesame Street." As per CBS News, Manzano joined the long-running series back in 1971 when she was just 21 years old. Since then, she played, breathed and lived Maria. Although she will no longer appear in the series, she continues to build kids the haven they deserve.