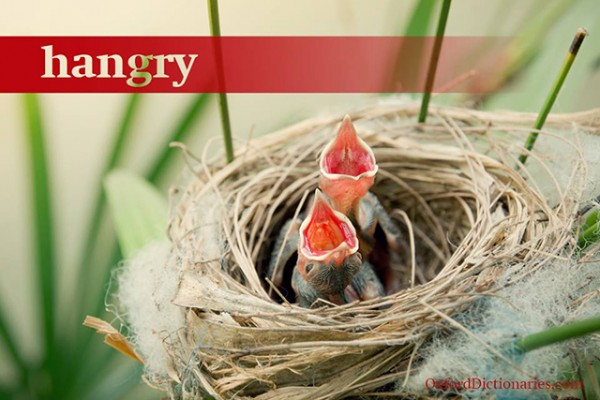 Oxford Dictionaries have added more than 1000 new words to its online catalog. In the litany of new entries is a flurry of slang words that have become official terms with recognized meanings. These new words sound outrageous, but they nonetheless have been given respective definitions.

It isn't hard to figure out that these words were coined by internet users. Oxford has given space for the word fan girl in its online wordlist, defining it as a "female fan, especially one who is obsessive about comics, film, music, or science fiction."

It also made the word NBD, which is short for no big deal, official. The same goes for the rly, which is a shortened version of the word really. Redditor is now officially the term to use to describe one using Reddit. This is the same format as YouTuber is what video bloggers on YouTube ought to be called.

There's now a word to use to express one person's anger and hunger at the same time and that word is hangry. Oxford has finally recognized the word manspreading, which simply means that a man traveling on public transport "adopts a sitting position with his legs wide apart."

Among the new additions in the Oxford Dictionaries is manic pixie dream girl, a noun often used in a film. It is defined as a "type of female character depicted as vivacious and appealingly quirky, whose main purpose within the narrative is to inspire a greater appreciation for life in a male protagonist."

According to The Atlantic, this term was first used by Nathan Rabin, an AV Club writer who used the words he deemed were appropriate and accurate to describe the ever sunny Claire -- a character Kirsten Dunst played in the movie "Elizabethtown."

He defined the so-called manic pixie dream girl as one that "exists solely in the fevered imaginations of sensitive writer-directors to teach broodingly soulful young men to embrace life and its infinite mysteries and adventures."

Oxford Dictionaries also recognizes mic drop as something someone does deliberately "at the end of a performance or speech one considers to have been particularly impressive." This should nicely pair up with another new term nuff said, which means that "no more need be said."

Galley Cat also noticed that adding the letter -y as a suffix to certain words will form new terms. That said, melt becomes melty (melting or partially melted), chef becomes cheffy (relating to, or characteristic of, a chef) and cupcake becomes cupcakery (a bakery that specializes in cupcakes).

Geek.com particularly loves MacGyver, a verb which means "making use of whatever items are at hand." In the world of gaming, there's rage-quit. Mx is also a new title that is used as Ms. or Mr. but this one's gender-neutral.

Those who think Oxford Dictionaries is becoming more and more excellent, use awesome sauce to describe them instead. Words like fur baby, meeples, butthurt, beer o'clock and Brexit are added as part of the Oxford Dictionaries' August update.