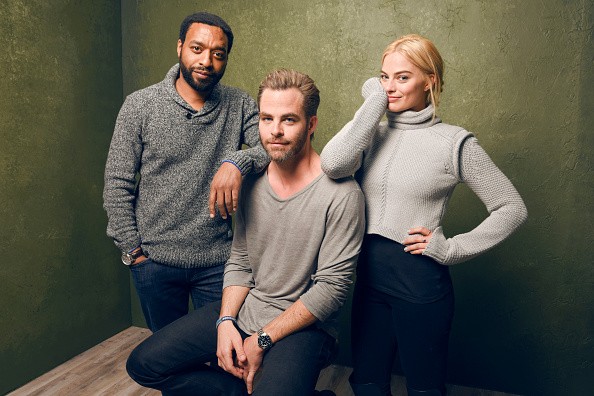 "Z for Zachariah" recently made its way into the big screen. But it wasn't as loyal to its source material written by Robert C. O'Brien back in 1974. While the post-apocalyptic thriller film had nods to certain elements in the book, the differences certainly dominate.

The most striking one, as Bustle relays, is the addition of Chris Pine's character Caleb that wasn't in the original story. Ann and John, played by Margot Robbie and Chiwetel Ejiofor, are the only characters in O'Brien's sci-fi classic. [Spoiler Alert!]

This brings about other storylines that don't exist in the book, particularly the jealousy and rivalry between Caleb and John. While the character's addition shook things up the most, "Z for Zachariah" wasn't all too loyal with the real leading roles in the novel too.

In the book, Ann is 16 years old. In the movie retelling, she is played by 25-year old Margot Robbie. Her age wasn't stated in the film, but the actress seems to portray an 18 or 19-year old version of the heroine. Meanwhile, unlike in the film, John isn't black in the book.

While this in no way affects the plot, Ejiofor's casting as John was one of the best things in this "Z for Zachariah" adaptation. In fact, CS Monitor thinks the "solid acting" in the film made it worth the watch.

More on John, his scene where he attacked Ann isn't told the way it happened in the book. John was drunk when he attempted to attack Ann, who was able to fend him off. In the pages, John scared the living daylights out of Ann when he corners her and sends her in hiding. No inebriation was involved.

John is also portrayed to be less controlling in the film (he seems to have a genuine care for Ann too) whereas, in the novel, he bossed around Ann like he was her superior. In fact, the movie version of John allowed him Ann and Caleb peacefully, which is entirely different from the book.

There, John locks Ann up and shoots her in the leg and burns her things. O'Brien depicts John as an enemy to Ann and he ends "Z for Zachariah" with the latter eventually defeating the former. The movie ending isn't like this at all as the pair shared meals, hunted and played piano together.

Another notable change that happened in the movie is Ann's dog Faro getting to live. Her pet's fate isn't as lucky as its movie counterpart as the book had Faro die after being poisoned.