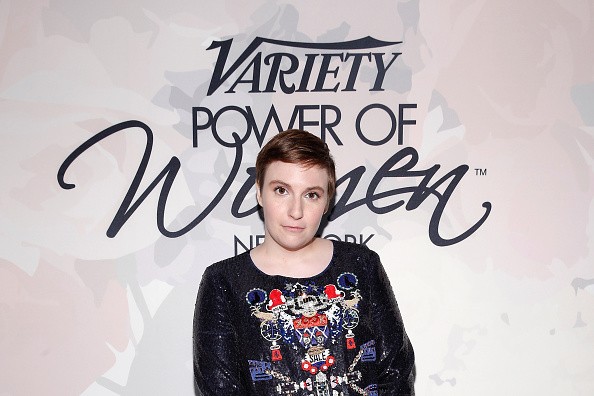 Lena Dunham is set to release a newsletter called Lenny with "Girls" executive producer Jenni Konner. As a special preview to the new circular's first volume, the multi-talented star penned a short story titled "Six Sausage," a tale of a New York native introducing her dearly loved city to her kind-of boyfriend.

This short story will be Dunham's first published one. It is looking to be a great welcoming piece along with Rebecca Dinerstein's novel "The Sunlit Night" and Jenny Zhang's original story to would-be readers of Lenny. Here is the opening paragraph of Dunham's romance.

"She picked him up at the airport at 9:30, just as the sun was setting, orange and blue above the hangars at JFK. She had cut and flat-ironed her own bangs, which were longer on the left side and came to a gothic point, and purchased a shapeless blue cotton dress at Old Navy. Despite her mother's feet being as big as paddles, she always borrowed her shoes for important occasions and this was as important as anything, so she limped across the median towards the terminal doors. He came off the plane with a dazed look like a just-landed astronaut. She clapped her hands when she saw him, and then back-tracked to a shy wave."

Lenny is scheduled to publish its very first issue this month. In its website Lenny Letter, it is described as a newsletter "where there's no such thing as too much information," promising to talk and write all about "feminism, style, health, politics, friendship and everything else."

During an interview with Buzzfeed, Dunham said that the newsletter will be chockablock of pieces she wrote for her friends in Hollywood as well as ones about the staff behind it namely Jessica Grose, Slate editor and former Jezebel writer, who described Lenny (via Bustle) as a "big sister" to the popular Rookie mag.

In the same Buzzfeed interview, Dunham promised that Lenny will have no space for TMI and "self-involved." The actress-comedian-writer-memoirist emphasizes that Lenny has free reins to discuss the "ugly and complicated thought processes" that lead to unique identities and unique brands of feminism.

Dunham says that the upcoming newsletter is for "an army of like-minded intellectually curious women and the people who love them, who want to bring change but also want to know, like, where to buy the best tube top for summer that isn't going to cost your entire paycheck."