Mindy Kaling Reveals New Book 'Why Not Me?' is a Lot More Intimate

Books & Review
Updated: Sep 05, 2015 06:33 AM EDT
TAG:Mindy Kaling, why not me, Mindy Project, Hulu, is everyone hanging out without me? and other concerns, why not me book tour
Close 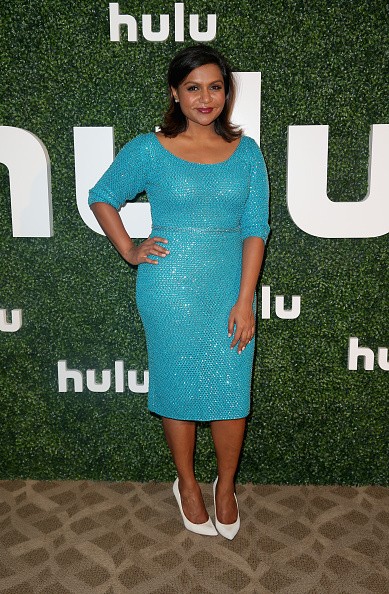 Interesting memoirs are hitting shelves this fall. One of these personal stories is the Mindy Kaling's much-awaited book, "Why Not Me?"

Mindy Kaling is known for writing the bestselling memoir, "Is Everyone Hanging Out Without Me?" and for creating and starring at the "Mindy Project" television show.

"Is Everyone Hanging Out Without Me?" shows Mindy's different experiences and how they shaped her perspective of life. Some titles of the short essays included are "Why Do Men Put on Their Shoes So Slowly?" and "In Defense of Chest Hair."

"Why Not Me?" is a collection of personal essays, which comes as a follow-up to the previous book. In the memoir, Kaling shares her journey to finding excitement and fulfillment in her adult life.

"With the new book, the tone is a lot more intimate," she told Variety when asked how the readers will get to know her more.

When asked if she ever worried about privacy, she said: "I'm actually a very private person. And I think I can write about my experiences while keeping my very, very personal relationships private."

The book is set for release on Sept. 15

Meanwhile, Kaling is currently busy with her upcoming book tour (schedule available below) and the fourth season of her "Mindy Project" series.

In the TV series, Mindy Lahiri tries to balance her personal life and her career as an OB/GYN. The series started airing on Fox on September 25, 2012 every Tuesday night.

On May 6, 2015, Fox cancelled the series because of low ratings. By then, there had already been three seasons. Hulu had picked up the project and is gearing up for a fourth season, NY Times reports.

"I think one the big ways that the show will be different is that we'll have a little bit more time in our episodes," Kaling told Variety. "It'll mean more screen time for some members of our cast, which I think will be really good."

The following is the schedule of the events for the "Why Not Me?" book tour, with most of them already sold out. The full view of the schedule is available on her website.