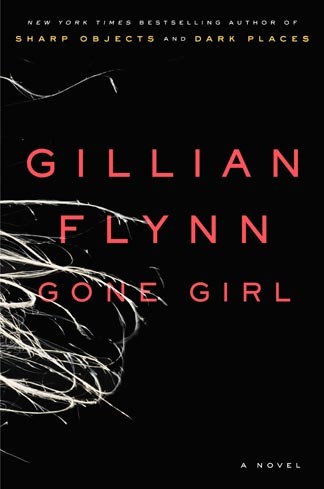 Cinema and television are not the only places for horror and suspense lovers. Imagining the dark, thrilling scenes through print can be even more terrifying than watching them.

Here are five thriller books that can feed the readers' hunger for suspense:

A respected financial journalist watches his life rapidly going down. Determined to get his reputation back, he agrees to research a mysterious case of disappearance. He then gets help from investigator Lisbeth Salander, the girl with the dragon tattoo.

With three bestselling books in the series, Stieg Larsson captivates the readers with the dark, suspenseful atmosphere. The three books are entitled "The Girl with the Dragon Tattoo," "The Girl Who Played with Fire" and "The Girl who Kicked the Hornet's Nest".

This September, a new addition to the series has been published, "The Girl in the Spider's Web." The new book was written by David Lagercrantz using the world and the characters that Larsson has created.

"The Girl with the Dragon Tattoo" has also been adapted into a film of the same title.

Married couple Nick and Amy tell their stories in different perspectives. Nick speaks at present, while Amy's side is seen through her journal entries. Throughout the book, the floundering relationship is present. One day, Amy goes missing and Nick is the prime suspect.

Readers have shivered while turning the pages of the thriller story written by Gillian Flynn. The book has been adapted into film starring Ben Affleck and Rosamund Pike. The film is directed by David Fincher, the same director for "The Girl with the Dragon Tattoo".

Harvard symbologist Robert Langdon has been called for to analyze a mysterious symbol seared into the chest of a physicist who was murdered. He then unfolds forgotten history and untold secrets about the brotherhood known as Illuminati.

Dan Brown is an international favorite when it comes to mystery. His book "Angels and Demons" is only the first of the "Robert Langdon" series. The second book is entitled "The Da Vinci Code".

Two drunken men destroy the life of a 10-year-old girl. The black father of the young girl takes justice into his hands and shoots the men who committed the crime. He then asks Carl Lee Hailey to defend him in court. In a segregated town, the favor may not be on the black man's side.

John Grisham has written a lot of novels about crime, law and mystery. He continues to captivate readers and keep them on turning the pages of his thriller book.

Jack Torrance and his family move into a hotel where he will work as a winter caretaker. He and his wife does not know that their five-year-old son possesses abilities, also known as "shining," which allows him to read minds, see ghosts and experience premonitions.

"The Shining" is remembered as the book that landed Stephen King a respected spot in the horror genre. He has also written other thriller books like "Carrie" and "Salem's Lot".