Biennial of Illustrations Bratislava 2015: Laura Carlin Wins With 'The Iron Man' & 'A World of Your Own' 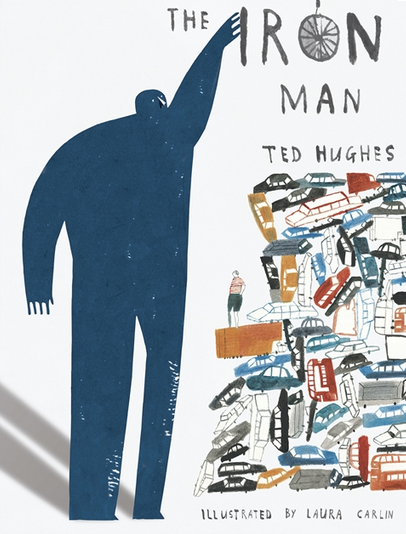 Biennial of Illustrations Bratislava (BIB for short), the prime award-giving body for children's books, has chosen UK illustrator Laura Carlin as the overall winner for this year. Her illustrated books "The Iron Man" written by Ted Hughes and "A World of Your Own" ultimately won her the prize.

According to The Guardian, Carlin beat illustrators from 50 countries. Her aforementioned books were the ones to stand out from a monstrous bunch of 2,426 published books sent in and considered this year by Biennial of Illustrations Bratislava.

Carlin did not only win for herself but also for the entirety of U.K. This is because she became the first illustrator from the region in two decades to take home the prestigious award from Biennial of Illustrations Bratislava. This makes the achievement extra sweet, special and massive.

"Laura Carlin moves with ease, yet with great care between different moods, demonstrating both sensitivity and a sense of humor," the group of international judges stated via The Guardian pertaining to Carlin's win. "The pages are paced to perfection," they added.

"The Iron Man" was published in 2010. The publisher, Walker describes it as "part modern fairy tale, part science fiction myth" that's all about peace and hope. It chronicles the sudden appearance of a mysterious giant "metal man" in England who attacked farms in the countryside and ate machines.

The giant did not seem to be as scary when he embarks on a mission to save Earth from a "space-bat-angel-dragon" with his newfound friend Hogarth. Fantasy Book Review describes it as "a beautiful tale of understanding and tolerance that is simply told and as enjoyable to read today as when first published forty years ago."

On the other hand, publisher Phaidon Press lists that "A World of Your Own" talks readers on "an extraordinary visual journey through [Carlin's] imaginative world" where she illustrates everything from getting up in the morning=to going to bed at night and everything in between. Other works by Carlin include "The Promise" and "Ten Days in Tokyo."

As stated in the publisher's website, Carlin, who studied at Royal College of Art, isn't new to being recognized for her work. For two years, she was hailed the recipient of Quentin Blake Award. She also won the National Magazine Award and the Uniqlo Fashion Illustration Award in 2003 and 2004.