Sarah J. Maas' 'Throne of Glass' Gets TV Show Adaptation! Is This The Perfect Cast? 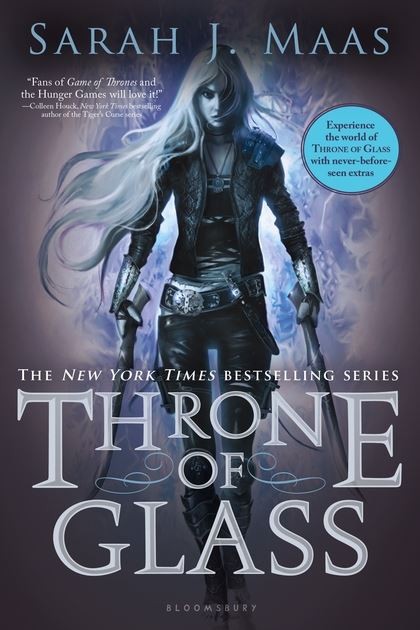 The tale of courage and discovery of brave assassin Celaena Sardothien will be told in the small screen soon. "Throne of Glass," the bestselling young adult series by author Sarah J. Maas is being made into a TV show by Mark Gordon Company, which is behind long-running series "Grey's Anatomy" and "Ray Donovan."

There are no concrete details about the upcoming television series at the moment but it should begin to take shape in next to no time. Recognizing that no actors are attached to the project yet, Bustle has put together its dream cast (and a very grand one at that), which starts with Cara Delevingne as the "fierce, anguished and immensely powerful" sword-wielding heroine and Logan Lerman as her friend Prince Dorian.

"Throne of Glass" is a saga that stars with a book of the same name. Maas started writing the book when she was just a student and it serves as her debut book. Needless to say, the author from New York had no idea that the book will top charts and rake a sprawling fanbase, let alone be tapped as television series.

To the author, everything still remains "insane." During an interview with Publisher Weekly, the 29-year-old author talked about how she dreamed of becoming a bestselling writer and having a yarn stitched by her become a paperback flying from shelves in bookshops and how crazy it is that this is what her life is right now.

"I've been writing this series since I was 16, and spent so many years daydreaming and working my butt off to make those dreams a reality that all of this is just beyond anything I could have hoped for. I don't think I'll ever stop being grateful to my readers for everything they've done for me," Maas said.

Last Sept 1, the fourth book in the "Throne of Glass" series, which is titled "Queen of Shadows," released to a global enthusiasm. The second and third books are titled "Crown of Midnight" from 2013 and last year's "Heir of Fire." All of these installments are growing more and more phenomenal, with Maas' publisher Bloomsbury attributing this achievement to the author's "incredible characters, epic storytelling, and world filled with magic."

Maas is currently working on a follow-up to "A Court of Thorns and Roses" scheduled to hit the shelves next year. She also teased that she is "just starting my editorial process" for the fifth volume in "Throne of Glass" series, which she plans to wrap up in a sixth book.