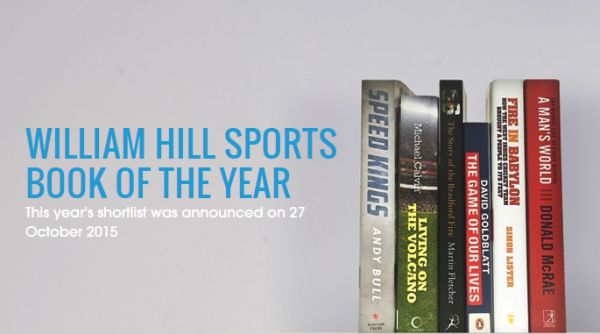 The six incredible sports tales making up the shortlist for this year's William Hill Prize have finally been revealed. The unique titles tackle different types of games and in their own unique ways, take the thrill and the excitement of the sports to a whole new level.

Up for the prestigious award is Andy Bull, who made it to the list with his debut book called "Speed Kings." The title is touted the first book to offer pages to bobsledding and recounts the glories of the four then-unknown men whose names will be the subject of fans' chants after winning gold in the 1932 Lake Placid Winter Olympics.

The Guardian takes pride in Bull, who is a writer for the publication like his fellow William Hill Sports Book of the Year award shortlist Donald McRae, who is working on snagging his record-shattering third win in the accolade with "A Man's World: The Double Life of Emile Griffith."

The tome centers on the journey of the homosexual U.S. boxer to his historic win in the 1960s, a victory which made him a champion the world would not forget. As per Guardian, McRae won the William Hill Prize twice -- in 1996 and in 2002 -- with "Dark Trade: Lost in Boxing in Black and White" and "The Untold Story of Joe Louis and Jesse Owens" respectively.

Meanwhile, Simon Lister could also win this year's William Hill Sports Book of the Year award with his exploration of the rise of the sport cricket from being a link to British Colonialism to being a testament of West Indian independence, as per The Bookseller. The book is called "Fire in Babylon."

The rest of the titles in the William Hill Prize shortlist are different takes and tales on football. In "Living on the Volcano," Michael Calvin gets serious with the job description of a football manager. Nominee David Goldblatt gave a bird's eye view of English football, its evolution and impact with his work "The Game of Our Lives."

Martin Fletcher tackles the damage and casualties -- both personal and general -- brought by the Bradford City football club fire of 1985 with his book "Fifty- Six: The Story of the Bradford Fire."

"Five brave writers are stepping into the ring with Donald McRae but the outcome is far from certain," William Hill spokesman and co-founder of the award Graham Sharpe said via The Bookseller.

"These books represent non-fiction writing at its best, with truly exceptional writers casting light on stories of triumph and tragedy from the world of sport. Our judges have a tough job ahead of them," he added.