Costa Book Awards 2015 Shortlist Revealed! Who Made the Cut? 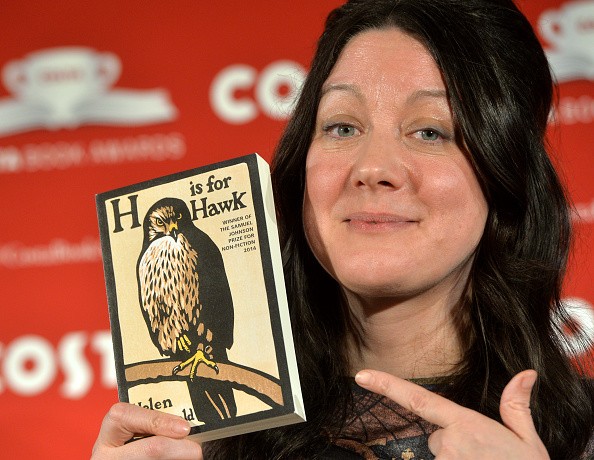 LONDON, ENGLAND - JANUARY 27: Helen Macdonald is announced as winner of the Costa Book of the Year award at Quaglinos on January 27, 2015 in London, England.
(Photo : Anthony Harvey/Getty Images)

The Costa Book Awards, now in its 44th year, has announced its shortlist for the 2015 run. According to The Bookseller, For this year, the contest attracted 638 entries in total divided across five categories: children, novel, first novel, biography and poetry.

The category that received the highest number of entries was the children's category, with 149. The judge for the Costa Children's Book Award would be Martyn Bedford, Melissa Cox of Waterstones and Andrea Reece. Some titles in the list include "The Lie Tree" by Frances Hardinge and "Sophie Someone" by Hayley Long.

Tasha Kavanagh's "The Things We Have in Common" is nominated for the Costa First Novel Award. According to The Telegraph, Kavanagh "wrote the novel after spending time on eBay each morning, watching items sell to lull herself into a 'catatonic state' as she got into character and overcame the pressure of writing her first full-length book."

The novel is becoming a favorite, with judges calling it "an insightful, compellingly-plotted novel about teenage obsession and isolation." Kavanagh is joined by Andrew Michael Hurley for his book "The Loney." Lauren Hadden, Matt Haig and Hannah Beckerman are the judges for this category.

Kate Atkinson, winner of last year's Costa Novel Award for her book "Life After Life," is on the shortlist for the best novel category with the novel "A God in Ruins." She also won in 1995 for the novel "Behind the Scenes at the Museum." Anne Enright's "The Green Road," Patrick Gale's "A Place Called Winter" and Melissa Harrison's "At Hawthorn Time" finish the list.

According to its official website, the Costa Book Awards grants prizes to books that are enjoyable to read and are of high literary merit. Started in 1971 as the Whitbread Book Awards, Costa has since taken over in 2006. The awards recognize books written in the UK and Ireland.

Robert Douglas-Fairhurst for "The Story of Alice: Lewis Carroll and the Secret History of Wonderland" (Harvill Secker)
Thomas Harding for "The House by the Lake" (William Heinemann)
Ruth Scurr for "John Aubrey: My Own Life" (Chatto & Windus)
Andrea Wulf for "The Invention of Nature: The Adventures of Alexander Humboldt, the Lost Hero of Science" (John Murray)