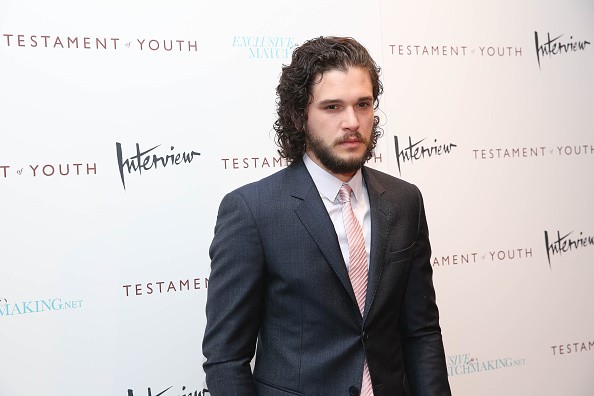 As flurries of "Game of Thrones" season 6 spoilers continue to flood the web, the image of a hale and hearty Jon Snow becomes more concrete. This week, new info that all but confirm the return of the cult-favorite character made it online.

Watchers on the Wall reported that there is a particular scene that brought together Sansa, Ramsay, Littlefinger and the supposed "deader than dead" Jon Snow in Winterfell's courtyard. The ardent fansite described that there was "a great deal of tension" before a giant suddenly pops up.

There's no concrete information as to what or who the monstrous gatecrasher is, although News.com.au bets that it is Wun Wun -- the resident giant in Hardhome. The fiend was said to be struggling to make its way to the gates.

This particular scene, as tipped by the spoiler site's sources, was being filmed on the "Game of Thrones" season 6 set in Northern Ireland. The same insiders claimed that the location has been pretty frenzied in the past few days.

According to Independent, the scene could be setting up the battle between the Boltons and the Starks, which was hinted in previous leaks and spoilers. Not too long ago, there emerged photos of piles of fake dead bodies and horses with the Umber, Bolton and Karstack insignias.

In the "A Song of Ice and Fire" books by George RR Martin, this clash is dubbed the "Battle of Six Armies," in which Sansa and Jon Snow came together to defeat the Boltons once and for all. The Northern armies and the Wildlings also took part in the warfare.

Huffington Post mentioned theory explaining how Jon Snow is there in the first place, explaining that he may have entered Winterfell of his own accord as a trick to make it easier for him to wage war and attack the power-hungry Boltons from the inside.

The aforementioned site also brought into play the leaked photo where Jon essayer Kit Harington was seen wearing brown outfit that resembles that of Robb Stark and even Ned's, hinting that his comeback in "Game of Thrones" season 6 may see him as the king of the North.

Meanwhile, the bigger question is how Jon Snow could even be breathing after being stabbed to death in the season 5 finale of the top-rated HBO fantasy series. The answer to that reportedly lies in the inclusion of Ian McShane in the "Game of Thrones" season 6.

The "Deadwood" actor recently revealed to Pop Goes the News that he will be appearing in the series for one episode just to "[bring] somebody back that you think you're never going to see again."  This led fans to believe he will be a combination of Septon Meribald and the Elder Brother.

These are characters in the book series that could pull off such stunt and fits the description. McShane's character could be the one to resurrect Jon Snow although in the books, the above-mentioned characters had something to do with The Hound and Catelyn Stark's second lives.