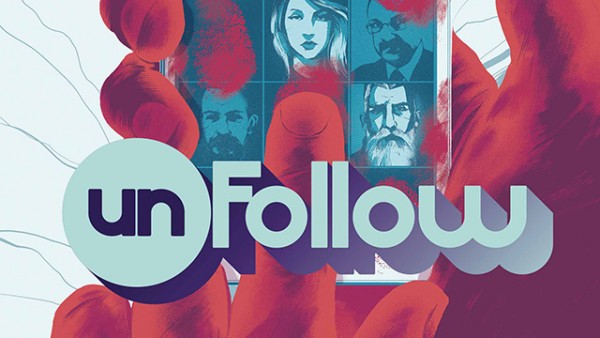 More and more comic books get to enjoy the small screen treatment, the latest being "Unfollow," a comics series by Rob Williams and Michael Dowling under DC Entertainment imprint Vertigo. ABC is picking up the drama, which originates from Warner Bros. Television.

According to The Hollywood Reporter, "The Originals" showrunner Michael Narducci will serve as the writer and the executive producer. The publication said that broadcast network, which also has a couple of comic book TV adaptations on air (that's "Agent Carter" and "Agents of SHIELD" from Marvel) has given its nod to the script already.

The aforementioned site added that with this project, Narducci also gets to strengthen his partnership with Warner Bros. Television, which produces The CW supernatural hit series "The Originals" and its parent series "The Vampire Diaries" currently airing on their third and seventh season.

"Unfollow" centers on a reserved billionaire slash social media magnate who decides to distribute his fortune to 140 random people from across the globe before he dies of illness. Prior to his death, one of the beneficiaries meets his demise, prompting fear and suspicion among other remaining heirs.

As per Comic Book Resources, some of the massive ensemble in the comic book series includes a black young man scratching out a living in St. Louis, a hope-seeking Iranian reporter, a retired Special Forces soldier "with a strange sense of purpose" and an adventurous heiress.

There are a whole lot more characters included and among this massive group could either be the next to bite the dust or the next one to take life. With the project still in embryonic stage, no news on casting was made available yet.

"Unfollow" is among the latest lines of comics under Vertigo. In fact it just launched this month but before it became popular (which happened in a snap), Williams, who was also a big part of the 1977 science fiction-orientated comic "2000AD," talked about "Unfollow" with The Hollywood Reporter.

"I felt that Twitter and social media had a very zeitgeist-y story to tell. Something that felt very now. This is a strange moment in time, I think, where the Internet has become a new frontier and we're still establishing limitations and dangers," Williams said of how "Unfollow" was hatched.

"I wanted to encapsulate that in a story that dealt with Twitter culture - people have followers, cults of personality, ruthlessness of ambition," the author added on. That's the time he and Dowling got together to create a tale that shows how people are always going to be part of the technology "food chain."