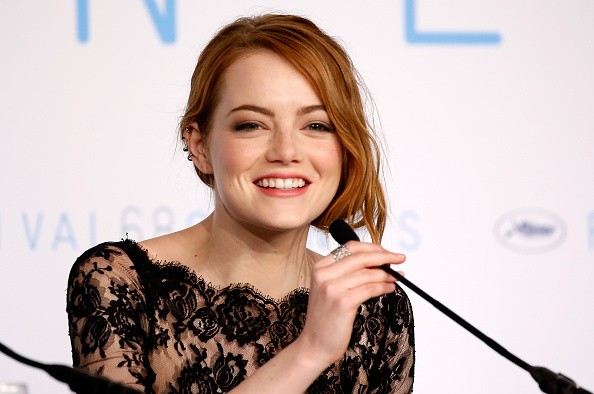 Author Matthew Quick's latest book outing "Love May Fail" released back in June, is being developed into a full-fledged film and "The Amazing Spider-Man" star Emma Stone is on board the project as the lead, Deadline reported.

As per Vulture, "Love May Fail" follows the story of fed-up housewife Portia Kane who heads back to her hometown in South Jersey in desperate search of one good thing about the world and her crumbling life after being cheated on by her husband.

Upon arriving there, she realizes that a traumatic scandal involving her beloved high school English teacher has cost him his job, which forced him to live broken, jobless and alone. Portia makes it her mission to get his mentor's life back on track as she attempts to save hers too.

Stone is the sole actress currently attached to the "Love May Fail" film. The actress was recently nominated for an Academy Award for her performance in "Birdman." She was also in recent films "Irrational Man" and "Aloha," with the former, Vulture notes, somewhat comparable to the book's theme.

Notably, the project is now going to be handled by TriStar instead of Columbia Pictures. Matt Tolmach, who Stone worked with in her films "Zombieland" and "The Amazing Spider-Man" and is set to produce "Jumanji," is the film's producer along with Elizabeth Cantillo.

Award-winning writer Mike White pens the script. There is no available info on the rest of the cast. At present, "Love May Fail" is also on the lookout for a director. Needless to say, production date and release date have not been designated yet.

On the other hand, there's no mention of the involvement of Quick in the production of the film. Notably, "Love May Fail" is just another one of his books being transformed for the big screen. Quick is the genius behind the book "The Silver Linings Playbook," which also happens to be the 42-year-old's debut novel.

The book was adapted into a romantic comedy-drama film of the same name starring Jennifer Lawrence and Bradley Cooper back in 2012. It was nominated for eight Academy Awards, with Lawrence taking home the Best Actress award, the first in the "Hunger Games" star's career.

As for Stone, Variety reported the actress is also starring in the upcoming sports drama "Battle of the Sexes" where she will play the role of Billie Jean King and will work once more with her "Crazy ,Stupid, Love" co-star Steve Carell.