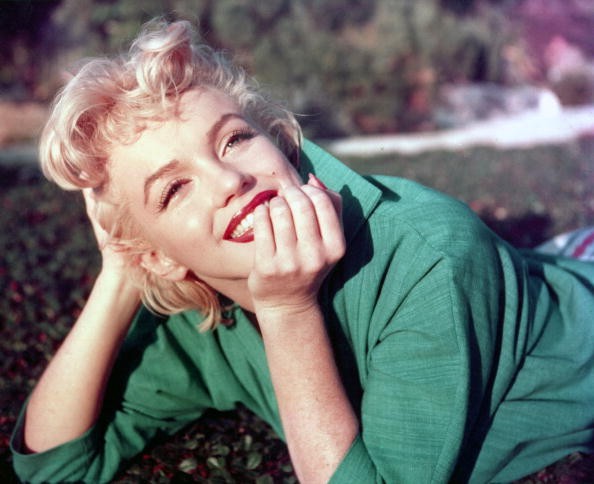 Before Marilyn Monroe became the biggest and most popular bombshell sex icon and Hollywood superstar of the 50s, she was a bored stiff housewife named Norma Jeane Dougherty who quit her job at a Los Angeles defense plant to become a full-fledged model and an all-time favorite actress.

What her life looks like before she became one of the biggest performers of all time is recounted in a new book titled "Before Marilyn: The Blue Book Modeling Years." It was written by Michelle Morgan and Astrid Franse, who came across photos and archives of the late star's modeling career, as per Daily Mail.

Norma Jeane's threshold into the industry is Blue Book Modeling Agency owned by Emmeline Snively, who was hooked by the star-in-the-making's innocence. Photographer Potter Hueth was the one that brought the teen there.

Emmeline told Norma Jeane that she is "a natural" as the then 19-year-old asked if she will ever make it to the cover of magazines. She had to take a three-month modeling course that time in order to master the art of posing, presentation and grooming.

They eventually taught Norma Jeane how to smile without showing "deep lines around her nose." She was also trained how to properly walk. Snively noted that Norma Jeane had this statistics: Size 12, height 5.6, 36 bust, 24 waist, 34 hips.

She had blue eyes and her teeth were perfect. She had curly hair y that's "dirty blonde" as Snively described. It's "California blonde which means that it's dark in the winter and light in the summer. I recall that it curled very close to her head, which was quite unmanageable. I knew at once it would have to be bleached and worked on," she went on to say.

Norma Jeane debuted as a model on a Labor Day event in Pan Pacific Auditorium in Los Angeles back in 1945. She struck some poses next to a filing cabinet from the Holga Steel Company and talked to guests, which terrified the young star.

Norma Jeane gave Snively the money she made from her gig ($90) to pay off her modeling course, which cost $100. This made her realize that Norma Jeane was "fair and honest and very fine girl." She went on to appear in airline ads and magazine shoots.

For a shampoo ad, Snively finally had Norma Jeane bleach her hair and after that, she emerged "a truly golden girl." Before they know it, the young model appeared in one magazine cover after another. Offers skyrocketed and she immediately found herself starring in a motion picture by 1947.

Filmmaker Ben Lyons suggested a name change. He said Marilyn sounds much better and should allow her to be more recognized in the field. She agreed and requested her last name to be Monroe, which is inspired by her grandma's name.

Norma Jeane as Marilyn, signed up to 20th Century Fox only to be dropped by the company by 1949. That year, she divorced her husband and was forced to model for trade shows again just to get by the expenses.

She received offers involving sexual favors but turned them down and laughed them off. She eventually posed nude for the first time for photographer Tom Kelley with his wife present during the photoshoot.

By 1952, the snaps emerged and made her a bigger star. She scooped up more movie gigs and soon became the most sought after actress.