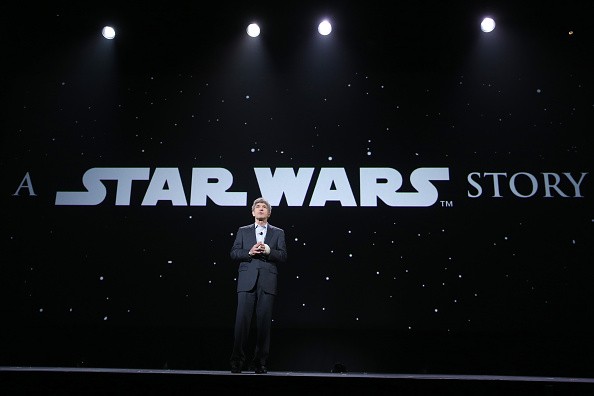 Renowned Harvard professor Cass Sunstein is taking readers in a tour to deep space in a book called "The World According to Star Wars," which is set to profoundly explore the life in the intergalactic realms and the creatures in George Lucas' masterpiece.

The book will be very different to other guide books inspired by the space movie series, in the sense that it won't simply provide definitions or dates. It will touch on the tales of history, rebellions, politics, law, economics, fatherhood and culture but the central theme of the tome lies in the "serendipity and freedom" of the much-loved franchise, which is it is basically all about.

The impossibility of seeing the future, as per the press release, is the "secret theme" of "Star Wars." It is also believed to be the basis of the beloved franchise's "rousing tribute to human freedom." This will be the premise that the forthcoming book will tackle.

"The World According to Star Wars" will show just how "clouded" and inevitable the future is and how things cannot simply go according to plan when destiny is at work and when the nature of future intercepts. The press release compares the future to "I am your father" moments -- unexpected and most of the time, one does not see coming at all.

The book is said to "cast a new light on everything that has gone before" with Sunstein pulling that off by planting "reference to large and unanticipated movements in our culture, our law, our business, and our politics (including presidential elections) and to the surprising genesis and unanticipated success of Star Wars itself."

Dey Street Books, an imprint of William Morrow Publishers that holds the World English copyrights for the "The World According to Star Wars" believes that Sunstein is the perfect man for the job of putting across this message.

"Cass is a deeply original thinker who is able to animate big ideas with real world examples. His passion is absolutely infectious. We're thrilled to publish him," Executive Editor Julia Cheiffetz, who negotiated the book deal along with Wylie Agency's Sarah Chalfant as per Galley Cat, said of the Bloomberg View columnist.

Sunstein's credits are inclined to politics, as many would have imagined. Not only is he "the most cited law professor in the world," he himself has also published bestselling books like "Nudge" and "Simpler: The Future of Government."

"The World According to Star Wars" will be out May 2016, roughly five months after the franchise's latest installment "Star Wars: The Force Awakens" (Dec. 18, 2015) hits the big screen.