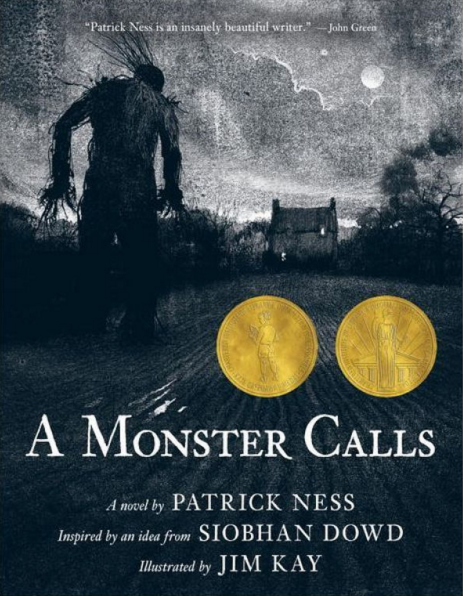 A trailer for "A Monster Calls," a film adaptation of the award-winning book of the same name written by Patrick Ness, is finally out with "Taken" star Liam Neeson's ever-remarkable, spine-tingling voice ringing all throughout the clip to provide the overview of the story.

Vulture said that Neeson's voice was especially deep in the trailer. With the perfect background tune, it would be impossible not to get goosebumps. "There was once an invisible man who has grown tired of being unseen," Neeson narrated as scenes of a young boy, the protagonist Conor, were shown.

"It was not that he was actually invisible. It was just that people have become used of not seeing him," Neeson continued. This time, the 13-year-old was seen being chased around and bullied by a group of other boys.

"One day the invisible man couldn't stand it anymore... If no one sees you, are you really there at all?" Neeson narrated. At that moment, a tree-like giant monster grabbed Conor from his bedroom, just after he summoned it.

The low-fantasy novel "A Monster Calls" released in 2011 follows the story of young Conor who woke up to an "unexpected monstrous visitor" waiting by his bedroom window. The giant fiend, as described Barnes & Noble, was ancient, wild and demanding of the "terrible and dangerous" truth.

The concept of the story was of the late author Siobhan Dowd, who died of breast cancer before she could finish the book. Ness continued the tale started by Dowd and, in the introduction for the book, Ness wrote that "it felt as if I'd been handed a baton."

The result was "a haunting and darkly funny novel of mischief, loss, and monsters both real and imagined." The tale interweaves a fantastical world of monsters into Conor's everyday struggles including bullies at school and his mother's illness, which is taking her away from him as the clock ticks.

The mystical realm of fairy tale the monster takes him to became Conor's escape from all the troubles that downed him and as he goes about the new world, a yarn of courage, loss and faith comes about.

The monster in the drama fantasy flick is played by Neeson. Lewis MacDougall plays the role of the troubled and isolated Conor. Felicity Jones portrays the role of Conor's ailing mother while Sigourney Weaver is on board as Conor's grandmother.

"A Monster Calls" will be released October 2016.