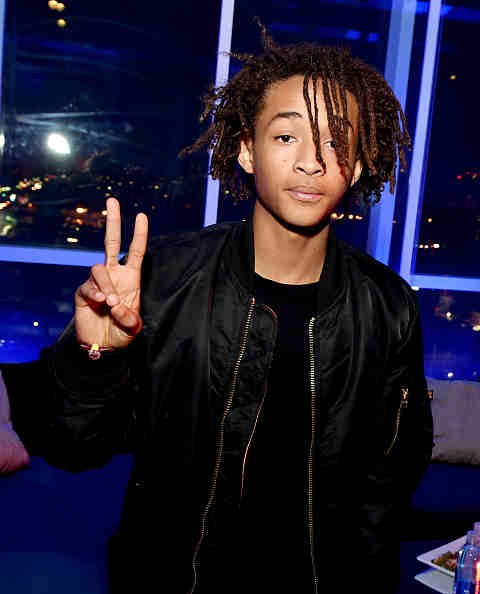 Jaden Smith is reportedly working on a new philosophy book, where he can reach more people with ground-breaking teachings and words of wisdom the 17-year-old almost always blurts out during interviews and mostly on his Twitter account.

It was bound to happen as the "Karate Kid" star has already said that he is both as revolutionary and not as revolutionary as the Italian astronomer and philosopher Galileo Galilei, whose contribution in the scientific revolution during the Renaissance continues to impact the world.

"Jaden sees himself as a modern-day prophet and is working on a collection of essays. They're new takes on string theory and chaos theory, but more mystical," an insider told US Weekly. "He hopes to have a spiritual following when he releases these," the source went on to say.

The "After Earth" star acknowledges that some people think he is crazy and he loves every minute of that. During his interview with GQ, Will and Jada Pinkett-Smith's son said "It's so much fun. It's the best thing. People think you're crazy - I feel like it's an honor, actually, for people to think I'm crazy. Because they thought Galileo was crazy, too, you know what I'm saying?"

During the chat, he also revealed that he chooses to skip parties for far more important things like "learning and breaking ... the craziest records of life, and being like one of the craziest human beings to ever exist. That's me."

Back in July, Smith also explained how he is a "divergent thinker" and someone who thinks of different solutions for one problem. At the moment, there's no confirmation about Smith publishing a philosophy book although it wouldn't be a surprise. The actor is yet to comment about the report as well.

As pointed out by New Zealand Herald, Smith has hinted his desire to bring change to the world by studying at the Massachusetts Institute of Technology to "bring in new technologies into the world."

Currently, Smith is busy making music and designing clothes for his group MSFTrep.