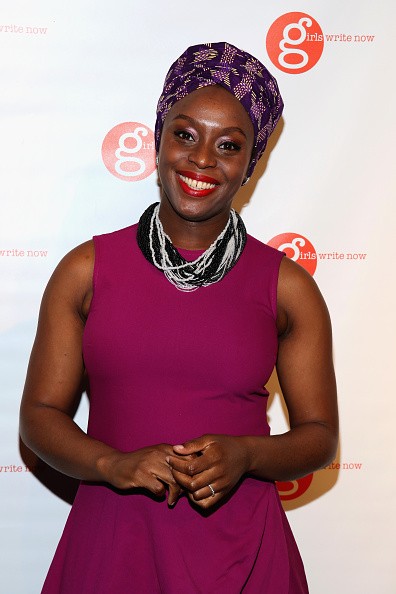 In the hopes of sparking discussion about gender equality and feminism, Swedish Women's Lobby teamed up with publisher Albert Bonniers to distribute copies of "We Should All Be Feminists" by Chimamanda Ngozi Adichie to high-school students in the country.

According to The Guardian, the movement is a response to the announcement about UK's plan to remove feminism from the politics A-level, which earned the region's Department of Education an onslaught of criticisms.

"This is the book that I wish all of my male classmates would have read when I was 16," Swedish Women's Lobby chair Clara Berglund said in a press release of Adichie's book -- which was inspired by Nigeria-born novelist's viral TED talk back in 2013.

"It feels so important to contribute to this project. It is a gift to all second-grade high-school students, but it is also a gift to ourselves and future generations," Berglund went on to say.

The project was kick-started in Norra Real High school in Stockholm, where a press conference was held there. The 16-year-old students then received a Swedish translation of "We Should All Be Feminists" with Adichie greeting them all via video.

In the clip, she also revealed that, at the age of 16, she had no idea what "feminist" meant but only knew that she was. Adichie hopes that her book will make feminists out of the high-schoolers bound to receive a copy. She also wishes that the world will no longer be in need of feminists when it becomes just and equal as it should be.

In "We Should All Be Feminists," Adichie encourages everyone to do something about the world's problem with gender in the present day. She also criticized how men are being urged to practice modern masculinity, which she describes equates to "[masking] their true selves."

The Orange prize winning-writer would like to identify herself more as someone who does not want to close her eyes on gender problems and to the fact that  it is "women who have, for centuries, been excluded" (her definition of a feminist) as opposed to simply being a believer in human rights, which can be vague.

"Our hope is that the Chimamanda Ngozi Adichie text will open up a conversation about gender and gender roles, starting from young people's own experiences," says Albert Bonnier publisher Johanna Haegerström said in the press release.