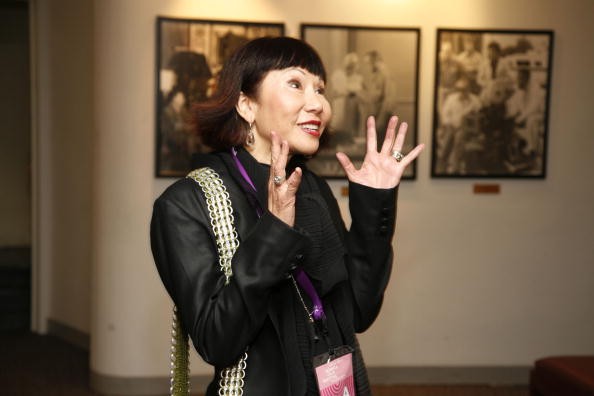 NEW YORK - APRIL 27: Author Amy Tan attends the 'Behind the Screens: Under Our Skin' panel discussion held at the DGA during the 2008 Tribeca Film Festival on April 27, 2008 in New York City.
(Photo : Amy Sussman/Getty Images)

Amy Tan, author of the 1989 bestselling novel "The Joy Luck Club," is presently working on her upcoming nonfiction book titled "A Writer's Mind" where she attempts to go in-depth on the subject of creativity, something she has wanted to do for years.

The book was inspired by her desire to give further details about the subject, which she already spoke about back in 2008 during her TED talk. Tan feels that she only scratched the surface that time and there is more to creativity than what she was able to articulate.

In the said TED talk, she attempted to answer the question "Where does creativity hide?" The author revealed that she was "never that satisfied" with the answer she provided, lamenting how she only managed to touch on the "periphery of creativity and not how it actually happens."

With the author extremely bothered about the lacking talk still accessible to many, Tan decided to "do something about it" by writing a book about what she should've said that time, "to really look into what I think creativity [is], what goes into it, how it happens, how I experience it."

"I've been wondering whether I had it from birth, and how it might have been evident in childhood and then developed. What are the questions I should ask myself to understand it?" the 63-year-old writer asked on her Facebook page.

In "A Writer's Mind," Tan will attempt to take readers inside her own "writer's mind" as she attempts to provide an answer as to how creativity begins, which she noted "could take a book to answer," thus her nonfiction book is on the way.

For someone who is often being called creative, Tan believes that she is deemed that way because of her creative output a.k.a. her novels. The process that happens before those books hit the shelves is what she is trying to shed light on. To do so, she also approached other people regarded as creative, such as 12-year-old jazz pianist, Joey Alexander.

While Tan isn't proud of her TED talk, Bustle believes that she still provided solid points about creativity, which she can potentially elaborate on her book. The discussion simply felt like an introduction to a whole new journey about understanding how creativity works.

During the talk, Tan stated that creativity results to the tendency of individuals to connect completely unrelated things to form a new meaning. She also encouraged individuals to be open to new beliefs and ambiguity, which can all lead to a greater imagination.