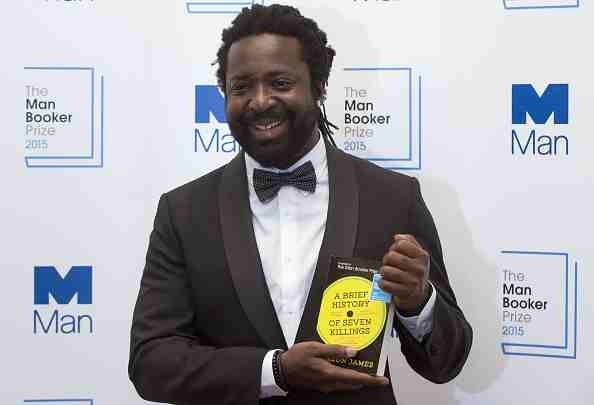 Fresh from his exceptional victory in the Man Booker Prize 2015, Marlon James once again shines in a new accolade. For his political thriller "A Brief History of Seven Killings," the Jamaican-born writer took home the Green Carnation Prize, which is an award given to LGBT writers.

The book won over five other nominees, which include "Sophie and the Sibyl" by Patricia Duncker, "A Place Called Winter" by Patrick Gale, "Chasing the Scream" by Johann Hari, "Mrs Engels" by Gavin McCrea and "Stammered Songbook" by Erwin Mortier.

"I am so thankful to the prize, the judges and [event collaborator] Foyles to be announced the winner in the prize's sixth year. Six years ago I wouldn't have been able to voice that I was LGBT, so to be recognized for that and for work the judges felt was great is fantastic," James stated via The Bookseller.

"A Brief History of Seven Killings" has also caught the attention of several other award-giving bodies. Just recently, James also won the American Book Award and the Anisfield-Wolf Fiction Prize.

Needless to say, the organizers behind the Green Carnation Prize are very happy with this year's winner. Niven Govinden, an author himself and the chair of the judging panel, stated that they were thunderstruck for the "ambition" and "sheer visceral power" that the book exhibits.

"A story that crosses Jamaica and America, spanning decades and voices; fiction embedded in historical fact; that explores complex webs of crime, politics and power, unspoken truths of desire and sexuality, and the rare messianic hold that singers can have on the collective consciousness; never feeling anything less than urgent, vital, and alive," Govinden further said of the Green Carnation Prize winning book.

Along with Govinden, writer-blogger-chef Jack Monroe, writers Sophie Ward and Eric Karl Anderson and Local Marketing Manager of Foyles Celise Galloway ended up choosing James' work to be this year's recipient of the award.

For Foyles' marketing manager Simon Heafield, it wasn't a surprise that "A Brief History of Seven Killings" dominated the Green Carnation prize as he knew way back that it was a "special book."

"Having championed it from day one we're delighted that winning the Green Carnation Prize gives us another reason to press Marlon James's important novel into readers' hands," Heafield said.

Earlier this year, James opened up about being a gay man in a New York Times essay, where he recounted the homophobia he endured and later on tackled it bravely (and was hugely lauded) in "A Brief History of Seven Killings."